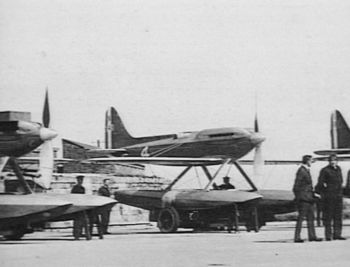 Supermarine S.6 seen in The Story of Aviation.

The Supermarine S.6 was a 1920s British single-engined single-seat racing seaplane built by Supermarine. The S.6 continued the line of Supermarine seaplane racers that were designed for Schneider Trophy contests of the late 1920 and 1930s. 2 aircraft were built, and 2 more derivated as S.6B.

This page lists all films that feature the Supermarine S.6.