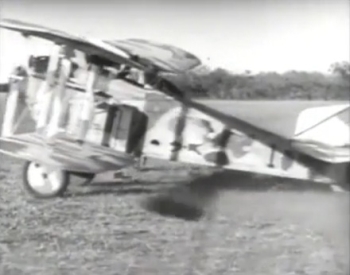 Thomas-Morse MB-3 as seen in Wings.

The Thomas-Morse MB-3 was a single seat two-bay biplane of similar layout to the SPAD XIII that it was intended to replace. Powered by a 300 hp Wright-Hispano H, it made its maiden flight on 21 February 1919. It was on front-line units from 1920 to 1925 and used as advanced trainer four more years.

This page lists all films that feature a variation of the Thomas-Morse MB-3.