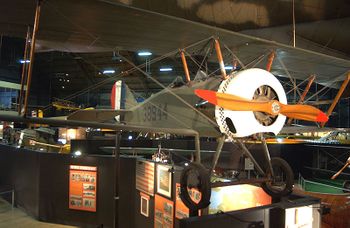 The Thomas-Morse S-4 Scout was an American biplane advanced trainer, operated by the Army and Navy. Dubbed the "Tommy" by pilots who flew it, the aircraft became the favourite single-seat training aircraft produced in the U.S. during World War I. It first flew in 1917.

This page lists all films that feature a variation of the Thomas-Morse S-4 Scout.