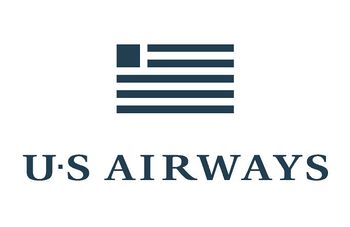 US Airways was a major American airline that ceased operations on October 17, 2015. It operated an extensive international and domestic network, with 193 destinations in 24 countries in North America, South America, Europe, and the Middle East. It traces its history to All American Aviation Inc, a company founded in 1939, renamed All American Airways in 1949 as it switched from airmail to passenger service; it became Allegheny Airlines in 1953. Allegheny changed its name to USAir in 1979. In early 1997, the airline changed its name to US Airways and introduced a new corporate identity. A stylized version of the flag of the United States was adopted as a new logo. The new branding was applied to terminals and ticket jackets. The airline painted aircraft in deep blue and medium gray with red and white accent lines. It also invested in a new terminal at its hub in Pittsburgh. Sixteen years later, the company merged with American Airlines, making the biggest airline of the world. On July 13, 2015, American announced that it planned to discontinue the US Airways brand name on October 17, 2015. On that date, US Airways made the final flight for the airline as a red-eye from San Francisco to Philadelphia, taking off as US Airways flight 434, and landing as American Airlines flight 434.

This page lists all films, TV series, and video games that feature aircraft of US Airways .

Pages in category "US Airways"

The following 41 pages are in this category, out of 41 total.