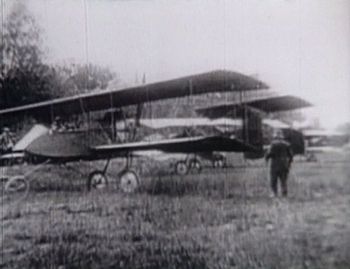 The Voisin III was a French two-seat bomber and ground attack aircraft of World War I, one of the first of its kind. It is also notable for being the first Allied aircraft in the war to win an aerial fight and shoot down an enemy aircraft. It was a pusher biplane, developed by Voisin in 1914 as a more powerful version of the 1912 Voisin I design. It also incorporated a light steel frame which made it more durable when operating out of the temporary wartime military aviation airfields.

This page lists all films that feature the Voisin III.