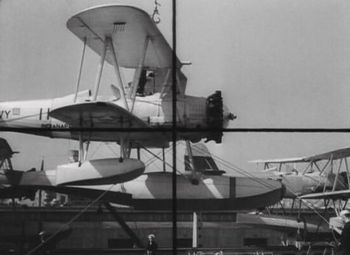 The Vought O2U Corsair was a 1920s biplane scout and observation aircraft in several variant. By 1930 they were being superseded by the O3U which was basically similar to the O2U-4. Export airframe were the Corsair V-65F, V-66F, V-80F, V-85 and V-92 depending the country ordering them (Argentine, Peru, Germany, Nationalist China, Thailand (actually Siam), Mexico, Brazil). Most could switch their landing gear to a float. Through the year, the airframe has had lots of chages, most about the engine and including an enclosed cockpit on the last variants. Nearly 600 aircrafts of all subtypes were built and a great number of them were still flying at the outbreak of World War Two. If the American ones (U.S. Navy and Marines) were then used for instruction and training, some export aircraft were under fire as like the Siam (Thailand) ones who fought against French Air Force in 1941.