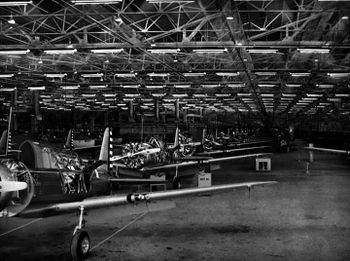 The Vultee BT-13 Valiant was an American World War II-era basic trainer aircraft built by Vultee Aircraft for the United States Army Air Corps, and later US Army Air Forces. A subsequent variant of the BT-13 in USAAC/USAAF service was known as the BT-15 Valiant, while an identical version for the US Navy was known as the SNV and was used to train naval aviators for the US Navy, US Marine Corps and US Coast Guard. They were more than 10,000 aircraft built.

This page lists all films that feature the Vultee BT-13 Valiant.