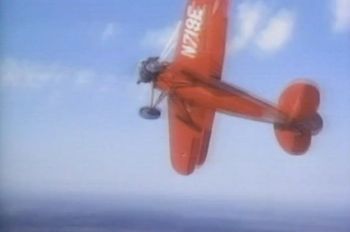 The Waco 10/GXE/O series were the most produced model of any Waco aircraft with line stopped after 1,623 airframes built between 1927 and 1933. It's mostly a refinement of the former Waco 9 with a more powerfull 90 hp (67 kW) Curtiss OX-5 V8 engine. Redesignated GXE by Waco in 1928, this collection included the xxO models (like the BSO, CSO, DSO, ATO, CTO, etc..) with much more powerul engines.

This page lists all films that feature a variation of the Waco 10/GXE/O series.