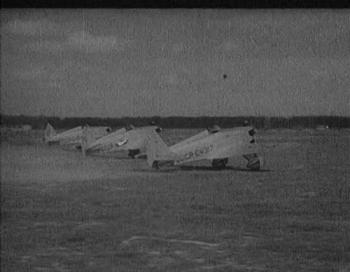 The Yakovlev UT-1 was a single-seater trainer aircraft used by the Soviet Air Force from 1937 until the late 1940s. Despite UT-1 stands for Uchebno-Trenirovochnyi (primary/advanced trainer), it was in fact a transition plane between the tandem seat school plane UT-2 and frontline fighters. In 1941, some of them were used for reconnaissance tasks and some dozens were converted in the beginning of 1942 for harassment attacks.

This page lists all films that feature a variation of the Yakovlev UT-1.