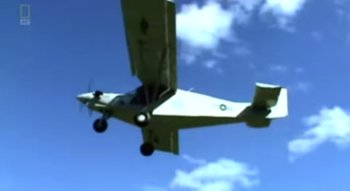 The Zenith STOL CH 701 and CH 750 are a family of light, two-place kit-built STOL aircraft designed by Canadian aeronautical engineer Chris Heintz through his Midland, Ontario based company, Zenair. The CH 701 first flew in 1986 and the design is still in production in 2018. The CH 750 was first introduced in 2008. The CH 701 was later developed into the four-place Zenith STOL CH 801.

The kit is produced and distributed in the US by the Zenith Aircraft Company of Mexico, Missouri, and complete drawings, including blueprints and manuals, are also available for the design. In Europe, the CH 701 was manufactured under license by Czech Aircraft Works (CZAW) from 1992 until 2006, when the license agreement was ended.

This page contains all films, TV series, and video games that feature the Zenith STOL CH 701.