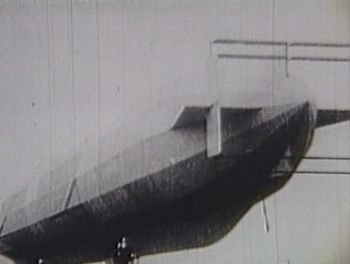 F Class are Zeppelin (German) rigid airship family with three vessels built : LZ 9 Ersatz Z II, LZ 10 and LZ 12 Z III. LZ 10 Schwaben was built by Luftschiffbau Zeppelin in 1911 and operated by DELAG (Deutsche Luftschiffahrts-Aktiengesellschaft) for passenger service. It is regarded as the first commercially successful passenger-carrying aircraft. The LZ 10 made her first flight on June 26, 1911 and was put into service three weeks later, on July 16, 1911. She was called the "lucky airship" because she was more successful than any of the previous craft that DELAG had put into service, and was the first commercially successful passenger aircraft in history. Over the course of the next year she made 363 or 364 flights totaling roughly 28,000 miles (45,000 km), transporting 6,045 passengers. Schwaben served for domestic flights between several German cities, mainly Baden-Baden, Düsseldorf, Potsdam and Frankfurt.