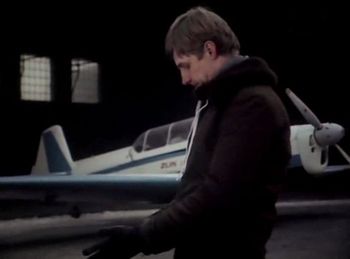 Zlin Trener is a family of aircraft that was based on a basic training aircraft, the Z-26. The original Z-26 was designed in late 1940s and produced in 1946 by the Czechoslovakian company, Moravan, to meet a requirement for a basic trainer to replace the Bücker Jungmann and Bestmann. It was a low-winged monoplane of mixed construction, with wooden wings and a welded metal tube fuselage, powered by a single four-cylinder piston engine, the Walter Minor 4-III. It first flew in early 1947, proving superior to the competing Praga 112, and was declared the winner, entering production in 1948. Later Z-26 variants were optimised to participate in aerobatic competitions and many were owned by private pilot owners.

This page lists all films that feature the Zlin Z-26 and her derivatives Z-n26.