Emory Leeson is an advertising executive who experiences a nervous breakdown. He designs a series of "truthful" advertisements, blunt and bawdy and of no use to his boss Drucker's firm. One of his colleagues, Stephen Bachman, checks him into a psychiatric hospital. Emory goes into group therapy under the care of Dr. Liz Baylor and meets other voluntary patients, such as the lovely and vulnerable Kathy Burgess. 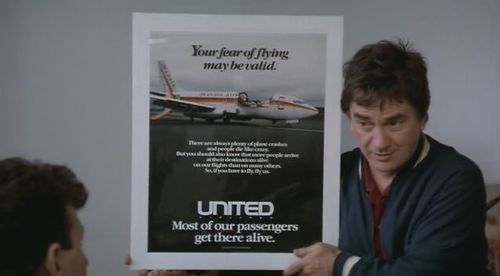 Ad for United Airlines made by the crazy people.