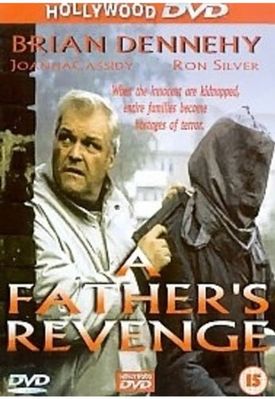 Indiana basketball coach Paul Hobart's daughter Karen is abducted by a gang of East German terrorists while in Frankfurt. After the American embassy refuses to intercede, Paul goes outside the law and enlists the assistance of British mercenary Vickers to kill the terrorists and rescue Karen.

Paul and Barbara Hobart fly from the US to Germany aboard this Germanair plane. It is somewhat anachronistic, as Germanair had been taken over by Hapag-Lloyd Flug prior to filming. This is explained by the fact the scene of the plane landing is library footage.
Registration D-AMAS, c/n 187. 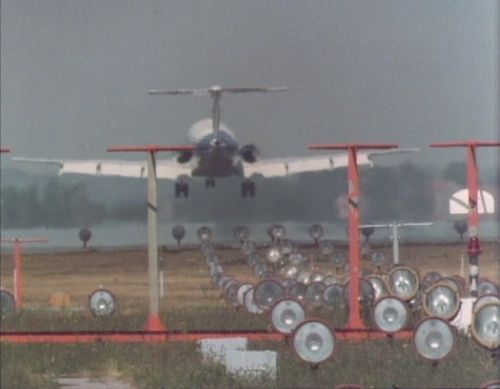 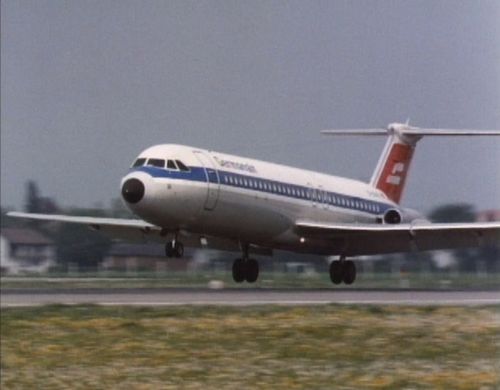 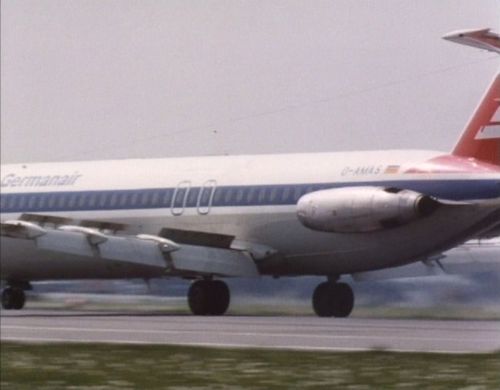