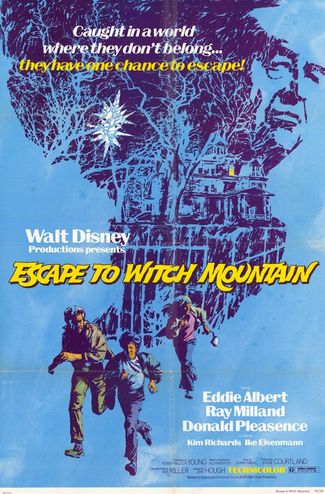 Tia and Tony Malone are two orphaned children with strange psychic powers. Lucas Deranian, a lawyer claiming to be an uncle, gains custody of them but he is in reality working for ruthless mastermind Aristotle Bolt who wants to use the children as psychic spies. They escape with the help of a kindly widower, Jason O'Day, but Bolt pursues them. Their only hope is the distant Witch Mountain, which the children somehow know is their salvation.

Bolt pursues the children in this helicopter. It winds up flying upside-down and landing in this position, spinning, making Bolt and his pilot dizzy. Registration N500WH, Serial 14-0557S. 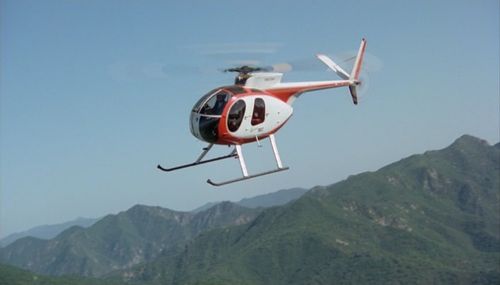 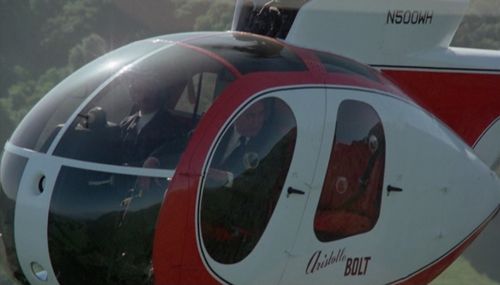 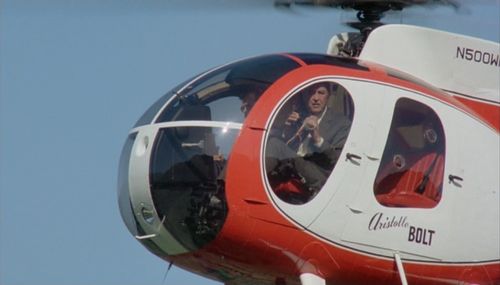 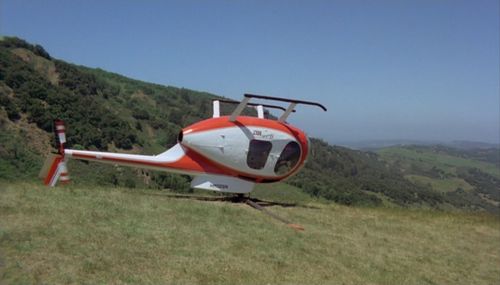