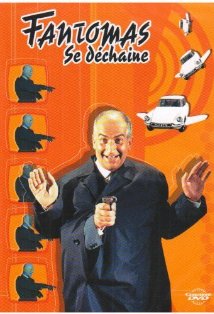 
When Professor Marchand, a famous scientist, disappears mysteriously, Commissaire Juve suspects immediately Fantômas. Fandor then disguises himself as Professor Lefebvre and attends a scientific conference in Rome, Italy to lure Fantômas into attempting to kidnap him.

An interesting Curtiss C-46 Commando in Brazilian delivery of VASP-Viação Aérea São Paulo. This plane registered PP-NAP will later be based at Manaus Airport for the company SAVA-Servicios de Aerotaxis et Abastecimento de Vale Amazonico.
This aircraft (c/n 83 or CK60) was built in 1944 and serialed 43-47012 for the USAF then 39588 with the U.S. Navy. Later registered N4159A once on the civil market. Sold and registered on the Brazilian register as PP-NBM and later as PP-NAP before being withdrawn from use in 1973.

Reg. F-BMHZ, this registration was given to a Nord 1203 Norecrin in June 1978. Previous history of the airplane has been mysteriously cancelled from the French Civil Aircraft Register.

Made for Movie Citroën DS volante