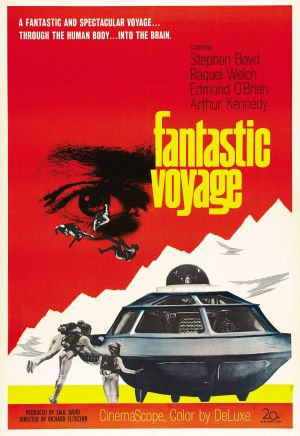 A diplomat is nearly assassinated. In order to save him, a submarine is shrunken to microscopic size and injected into his blood stream with a small crew. Problems arise almost as soon as they enter the bloodstream.