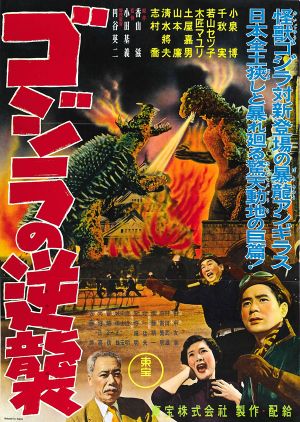 Fishing fleet pilots Shoichi Tsukioka and Kôji Kobayashi make a startling discovery on an isolated island: a second Godzilla! And not only that, but another giant monster, later identified as Anguirus! The two monsters are mortal enemies and eventually their battle carries all the way to the city of Osaka, which they destroy. Godzilla kills Anguirus, leaving it up to the Japanese military to seek out and destroy this new Godzilla once and for all. Sequel to the 1954 film.

Tsukioka and Kobayashi fly these seaplanes as scouts for the fishing fleet. They're represented mostly by models but with full size planes for cockpit shots. 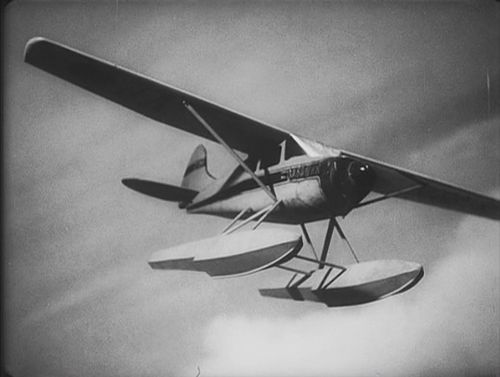 Seen during the search for Godzilla. Model. 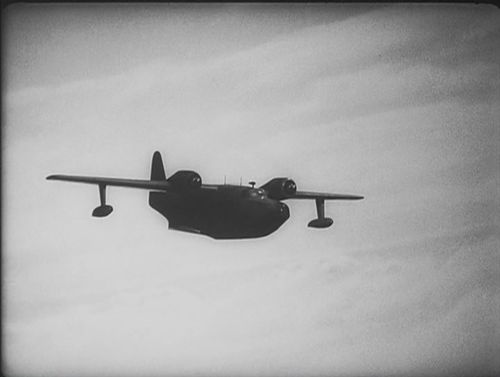 A mixture of these and Lockheed Shooting Stars are used by the Japanese Air Defense Force against Godzilla in Osaka and later at the island. Tsukioka and his old war buddy Tajima fly in one although it changes to a Lockheed Shooting Star depending on the shot. As in the original film, the planes are mostly represented by models, but in a first for this series, we are treated to shots of the pilots in their cockpits. 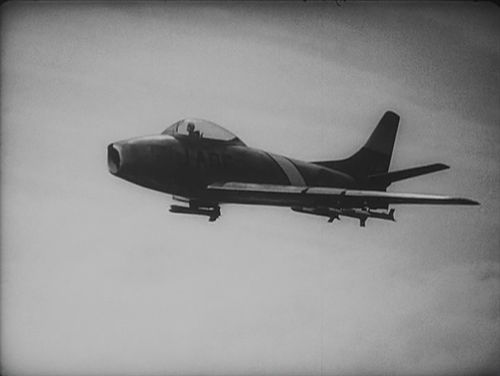 Other type of jet used by the JSADF; switch between Starfires and F-86 Sabres depending on the shot. Also represented with models and cockpit shots (although the cockpit shots appear to be those of an F-86 Sabre). 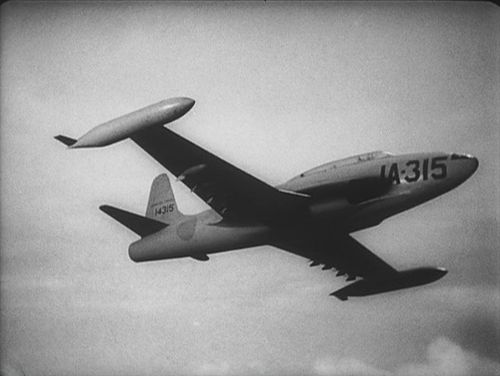