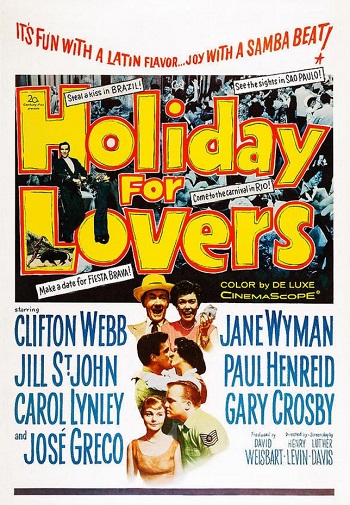 When the oldest daughter decides to stay in South America while on a school tour, her father decides to take the rest of the family there for vacation to find out why.

Convair 340 of Cruzeiro do Sul.

DC-7 of Pan Am landing behind with Saab 90 Scandias of VASP parked in the foreground.

While registration PP-PDN was a real DC-7C operated by Panair do Brasil, in this case the registration and titles are false, painted onto a Pan Am DC-7.