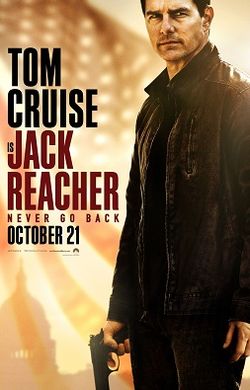 
The plot follows Reacher going on-the-run with an Army Major who has been framed for espionage and reveals a dark conspiracy.