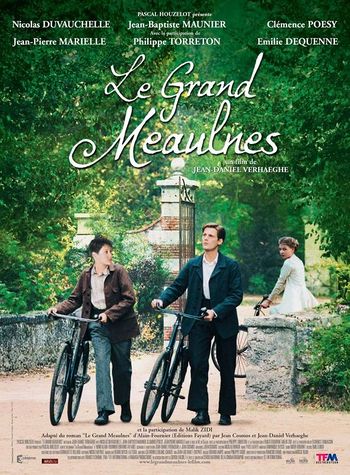 The novel of Alain-Fournier ends in 1913 but the movie reaches the first fightings of the Great War (World War One). Another major change is about Franz. Aviation enthusiast and pilot on the screen, he's just a tramp into the book until he meets again Valentine.
First, in 1910, Frantz is just building models. We guess a Wright Brothers and perhaps a glider of Otto Lilienthal. 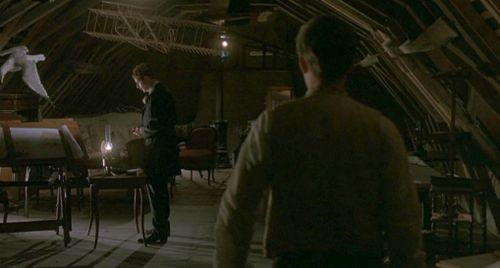 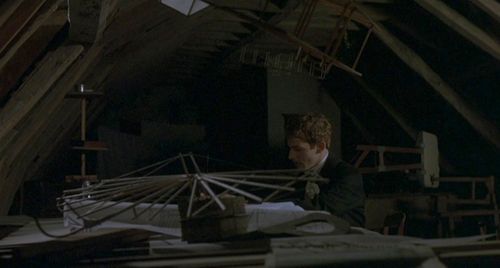 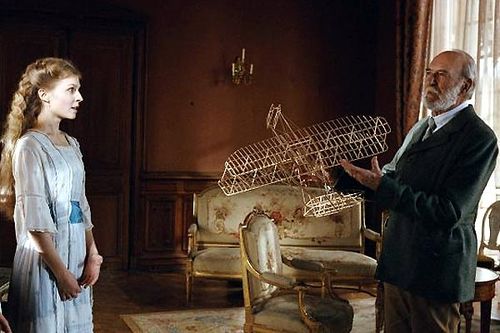 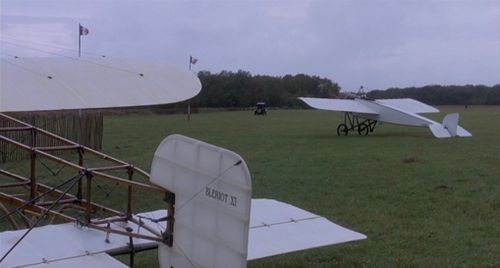 Reg. F-AZBA Channel crossing type with Anzani-like three cylinder engine. Tail seen on the foreground of the Morane-Saulnier H (see top). This aircraft is the very last Type XI built ... in 1934 with a Potez Anzani 3B engine (gift of the Blériot workers to the old Pioneer).
Same aircraft in other movies at IMPDb: Frequently Seen Aircraft (Civil Fixed-Wing). 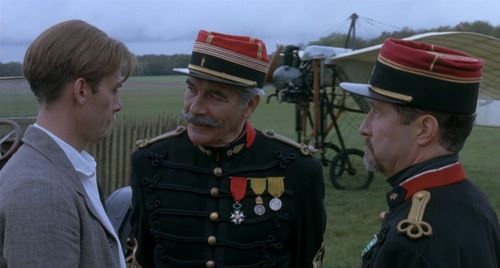 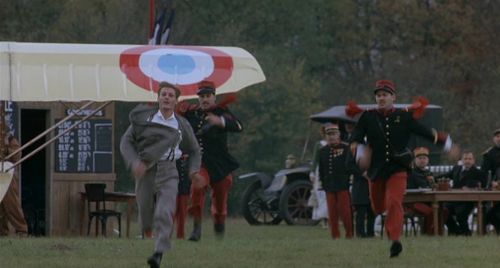 Reg. F-AZPG. This upgraded variant is powered by a 80 Hp Le Rhône 7 B rotary.
Same aircraft in other movies at IMPDb: Frequently Seen Aircraft. 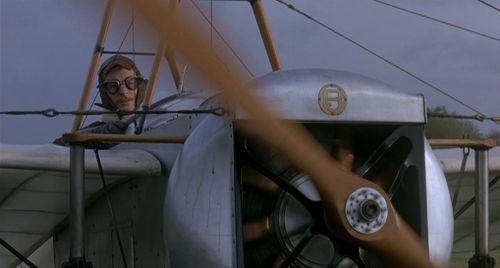 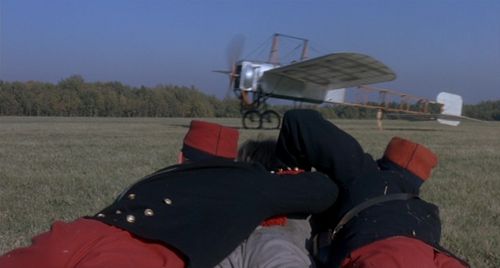