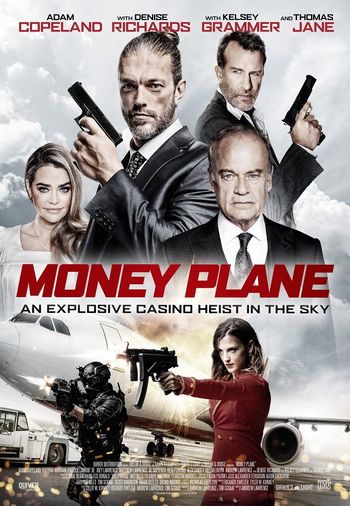 Upper view of a Lockheed C-5 Galaxy alonside a front view of a quadrijet with a low wing layout. 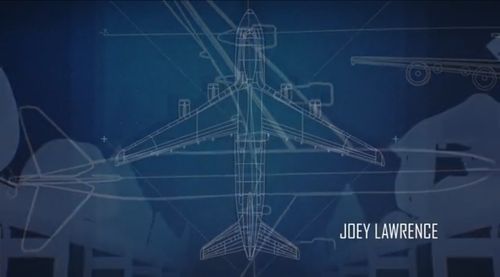 Wire-frame model of a fictionnal T-tail airliner.
Those with such layout don't have a four engines low wing. 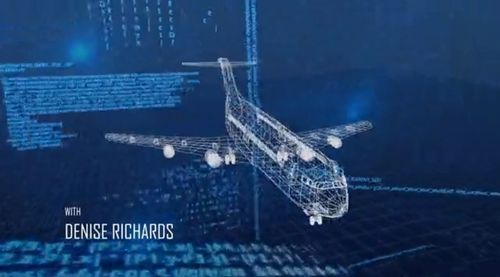 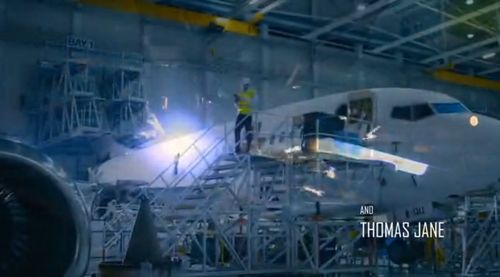 Most of the action is set inside this Business Jet set a casino with only two dozens of rich players. 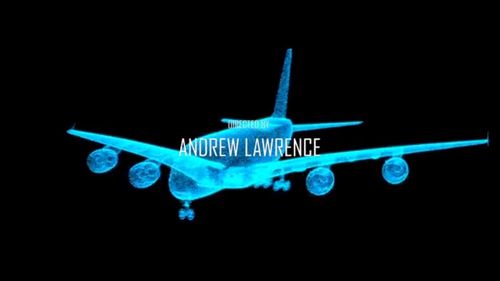 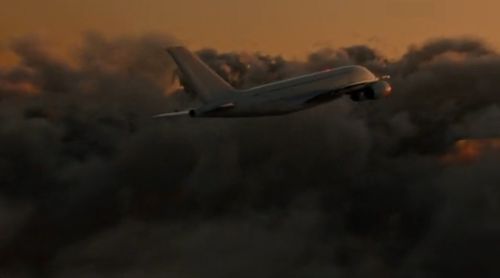 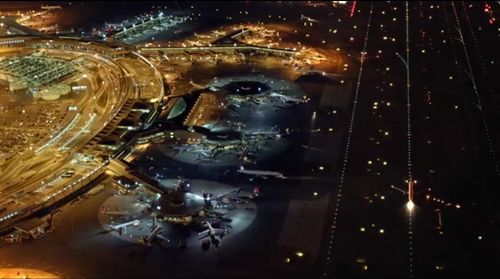