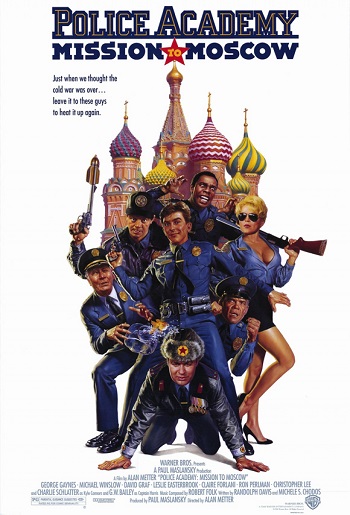 The Russian government hires the veterans of the Police Academy to help deal with the Mafia.

Registration CCCP-86500, c/n 2932859. Aircraft was damaged beyond repair at Moscow-Sheremetyevo Airport during a tornado on 9 June 1984 and subsequently used as a ground instructional airframe until it was scrapped in 2012. As the film was shot in 1993, this must be archival footage. 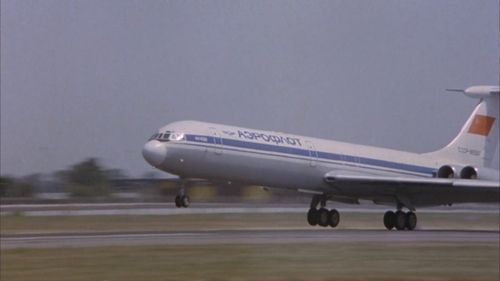 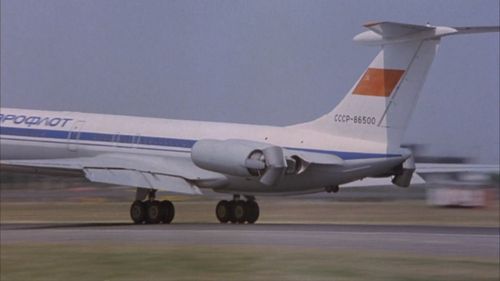 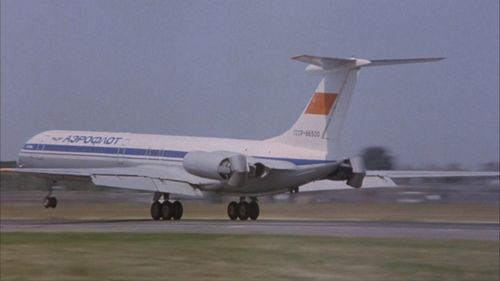 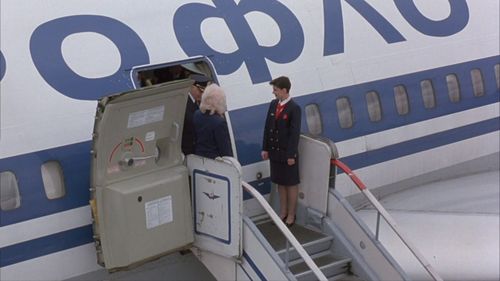 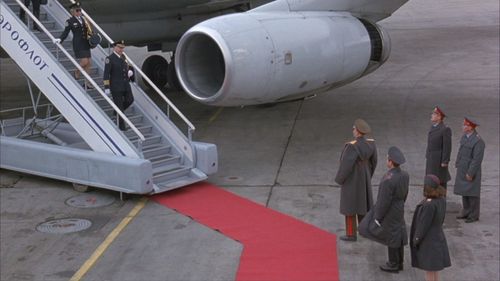 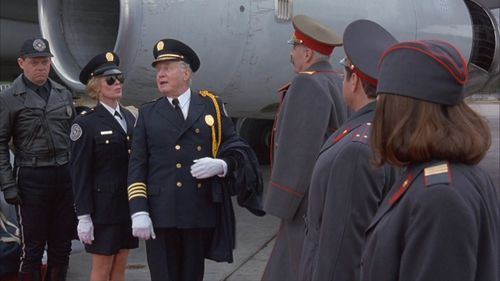 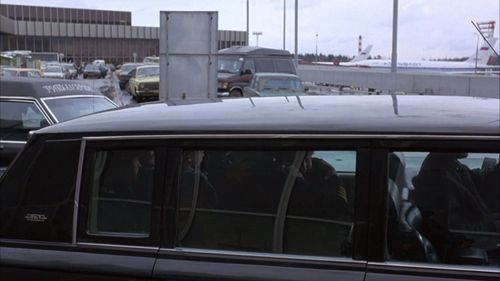 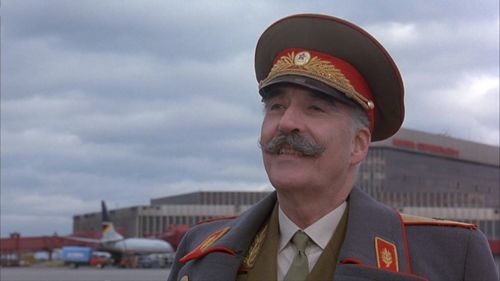