From The Internet Movie Plane Database
Revision as of 03:06, 10 July 2017 by BrayLockBoy (talk | contribs) (Started this off. A lot of aircraft appear in this film, and screenshots are readily available at Wikizilla.org. Apologies if I'm not doing this right.)
(diff) ← Older revision | Latest revision (diff) | Newer revision → (diff)
Jump to: navigation, search

In this film, serving as a reboot to the Godzilla franchise, the mysterious collapse of the Tokyo Bay Aqua Line is thought to be the result of an Earthquake, but something far more vicious is waiting in the shadows, brought to existence by humanity's careless activities.

Numerous AH-64s are seen attacking Godzilla, operated by both the JASDF and USAF. 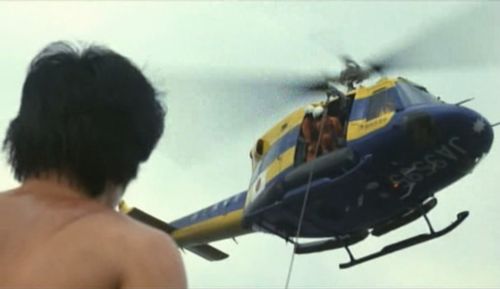 An AH-64 Apache of the JASDF

Alongside the AH-64 Apaches, AH-1 SuperCobras are operated by the USAF to try and attack Godzilla and slow his advance.