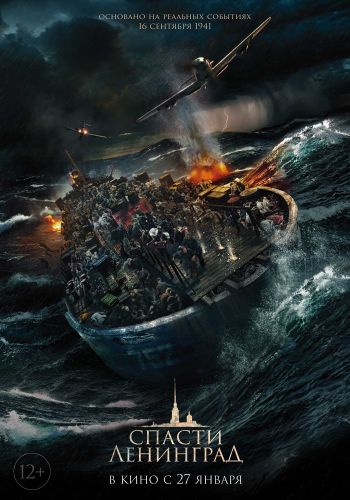 The tragedy of "barge 752", which took place on the night of September 16 to 17, 1941, at Lake Ladoga during the evacuation of people of which a thousand people drowned.

Messerschmitt Bf 109 E wearing the Pik As emblem of Jagdgeschwader 53 which was in action over Ukraine until August 1941 and actually at rest ... near the French Border.
Since March 1941, the unit switched from the Emil (E subtype) to the Friedrich (Bf 109 F).
Third mistake : the white band denoting the Mediterranean front (where the JG 53 operated but only ... in December 1941).