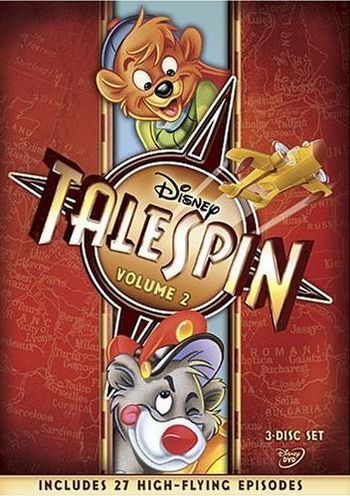 TaleSpin is about bush pilot Baloo the Bear and his Sea plane. He is working for the freight service Higher for Hire together with his young navigator Kit Cloudkicker. Both often encounter with a gang of air pirates led by Don Karnage and the evil representatives of the fictional state of Thembria (a parody of Stalinist Soviet Union).

All Episodes
Baloo owns the Sea Duck, a 20-year-old modified Conwing L-16. As Baloo is a highly skilled pilot, the Sea Duck is often seen in breathtaking air stunts which sometimes are physic defying.
Its design is based on a Fairchild C-82 and a Grumman HU-16. 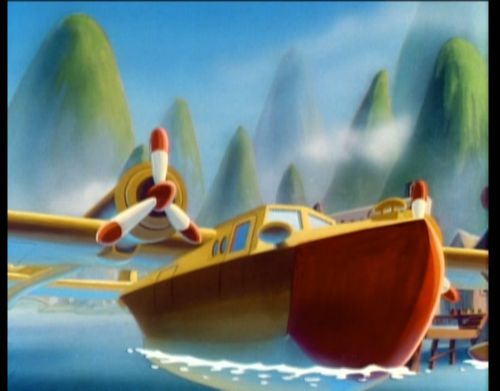 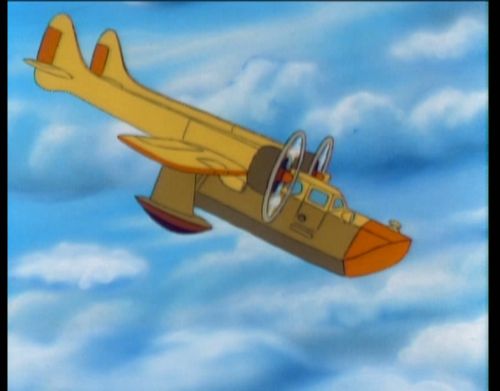 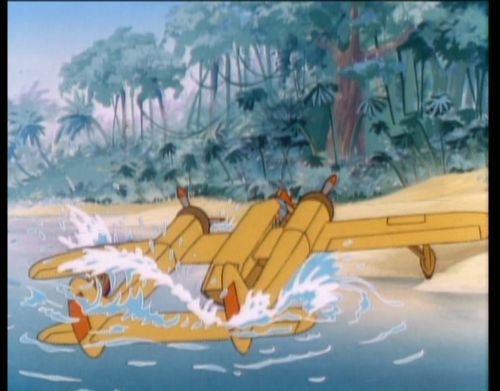 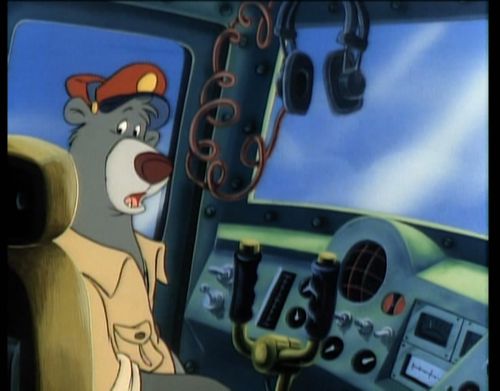 All Episodes
Don Karnage's Henchmen are flying biplanes. They are all fitted with machine guns.
Probably based on a Waco YMF-5. 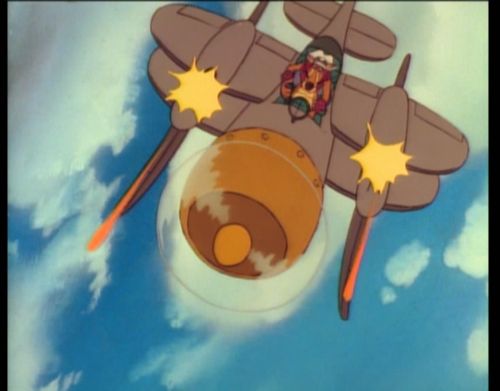 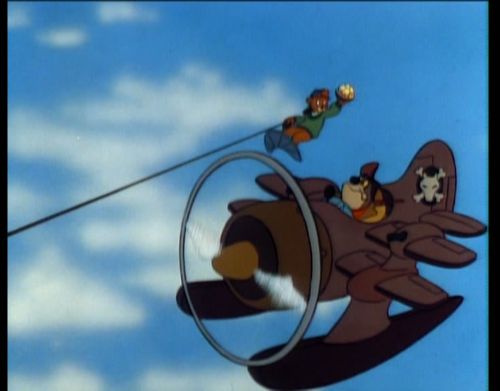 All Episodes
Don Karnage is flying a triplane. The design is similar to the biplanes of his henchmen. 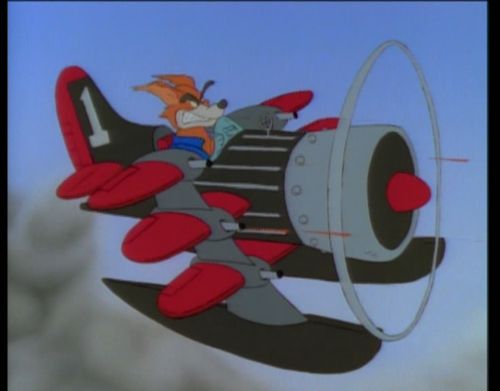 Episode 1.01Plunder & Lightning
Shere Khans pilot flies this plane, which crashes into a mountain after a pirate attack. 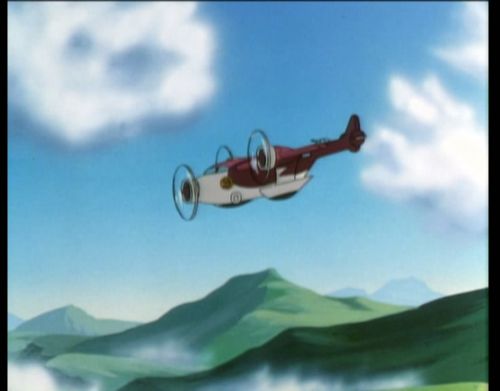 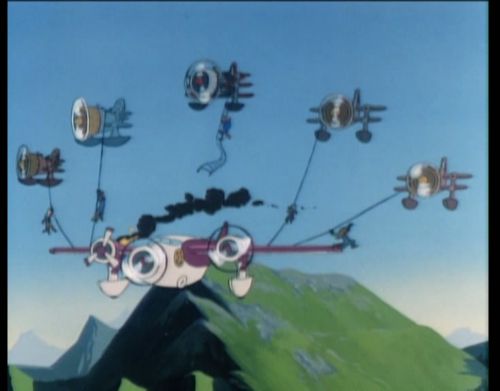 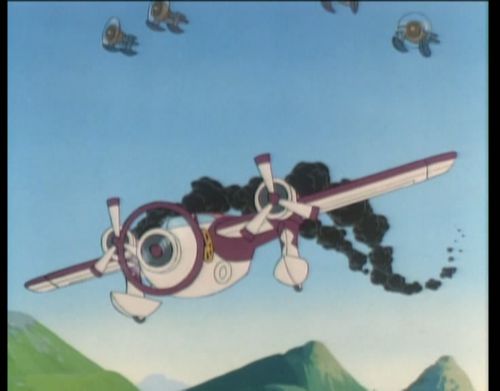 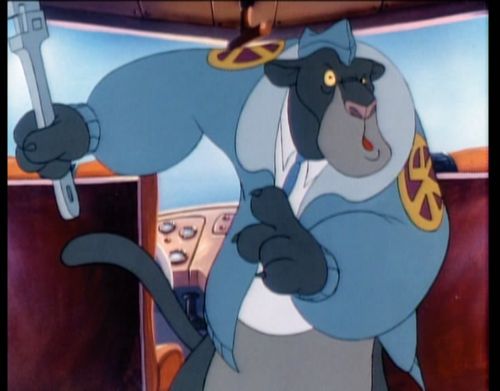 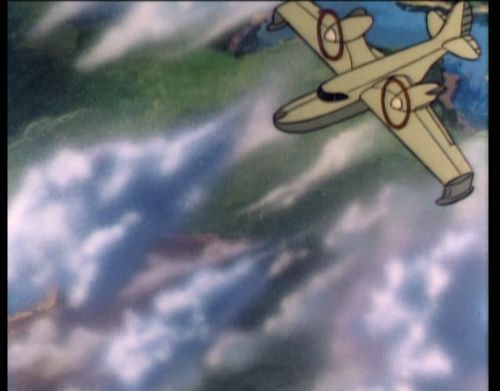 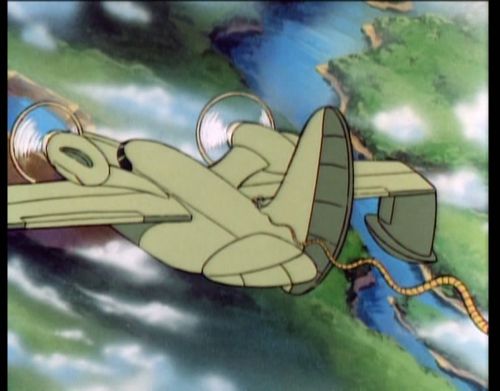 Episode 1.01Plunder & Lightning
Entry is for the blue plane on the left.
thumb|500px|none|