On 1st September 1983, the drama of KE007. In memory of all the people victims of these fateful circumstances.
Further episodes will follow in the coming days but feel free to complete this wide TV aviation serie as I haven't all of them.
All the 109 episodes (at this date) : https://en.wikipedia.org/wiki/List_of_Mayday_episodes
LVCDC 14:30, 2 September 2013 (MDT)

Is this Episode Online and (un)completed ?

Please, remember that a TV serie is split by seasons but not by episodes (look at TV Series section in : http://www.impdb.org/index.php?title=Help:Contents#Formatting ).
Inside each season, the aircraft types are given once but inside each of them, you can list the different episodes in which the viewer will find them.
The following list is built from the data found on wikipedia on September 2013 ( http://en.wikipedia.org/wiki/List_of_Mayday_episodes ) which could be different from your country's broadcasting or the DVD edition. [May 2015 update : the order of the list has been changed on the Wikipedia master reference page].
The Status Column gives how to consider each episode :

Please, do not change the order even if it's different from an other list (even from a DVD edition) ! Many thanks for your help and contributions.

Should this be renamed "Mayday", as it's the original name of the series and it seems to be policy on the rest of the site that movies and shows should be titled by their original name? Corkeyandpals 22:24, 17 September 2013 (MDT)

Interesting problem ! The serie is canadian and seems baptised with the both names, sold with the one that suits the best depending the nationality of the customer broadcasting network. If you search 'Mayday', the page will be returned as the title is given at the line 'also known as'.

I've mostly worked from the french langage variant which could be slighty different from the british langage one (I'm not sure Gérard Feltzer -despite fully bilingual as a former pilot instructor on Boeings and Airbuses- would appear in the english world). This problem of rework movies/TV series should have a debate on the forum as I've already uploaded pages which refers to such cases : how to consider them ?

Why not ? But I think we really need a debate on the forum about such question : how to consider variants from countries (or times) regarding the original work ? LVCDC 02:21, 20 September 2013 (MDT)

I'm not the Administrator ! I think the first problem are the spammers. The thumbnails could be overrun by uploading pictures of the size usually display on the pages : 500 pixel wide. LVCDC 02:24, 20 September 2013 (MDT)

You're right but I think the forum is the crossroad to express our distress ! Writing this from page to page is like throwing a pebble in the sea ! I will add to the subject on the forum, the list of the movies suffering from this bug (ten by myself) without forgotten the "Frequently Seen Aircraft" page ! LVCDC 09:39, 23 September 2013 (MDT)

I could but I don't want. As you have probably noticed, I do post no more big sized screenshots (and so I've postponed several uploading). I'm focusing on pages with smaller screenshots. No time for a such rework (which need in the future another uploaded for big sized screenshots [in order to help the smallest details to be visible]). I think the problem is on the side of the wiki, not ours.
Well, if you post a movie with a plane of a new category and already seen elsewhere, this means you need to uploaded 3 times (200 px, 350 px and 500 px) instead a single one with automatic resizing. It's enough for me. Sorry ! LVCDC 18:25, 30 November 2013 (MST)

Excuse me to be so rude but each page is really a hard work for me as I never post pictures taken elsewhere. I always fully watched the film (and so I could write a synopsis) and it takes me hours. As I'm working on a big project (nearly 50 hours of watching, hundreds planes ... which makes me hours to code it correctly and probably tenths of new aircraft categories in sight). So posting a second time pictures which will need a third action in the coming weeks/months ... no thank you ! LVCDC 19:05, 30 November 2013 (MST)

Well, would you mind if I resized them? It shouldn't be too difficult, and as soon as the problem is fixed, you can revert the changes if you want. Corkeyandpals 20:00, 30 November 2013 (MST)

It's kind from you. As the link is probably not working, you can hit the original picture through the search field with file:picture's-name. Thanks for your help ! LVCDC 23:31, 30 November 2013 (MST)

As Corkeyandpals, I agree to resized them too. But I can't register the files and work on them, except for the title screenshot which is reachable by the link enlarging picture. Have you got any other way to suggest for recovering your (big size) pictures?Sixcyl 02:57, 1 December 2013 (MST)

Please can you then put a comment on the discussion tab of each prime picture to help BtheBest to detect those ready to be deleted (in order to save space on the DataBase). This will allow him to sort the unused pictures and those need elsewhere (on the forum for example). LVCDC 10:27, 2 September 2014 (MDT)

Italic character can be reached with:

The white aircraft seen from underneath is an Airbus A320. Unidentified airline.
The Sikorsky S-76 is a S-76A from Ontario Ministry of Health.
Sixcyl 12:43, 6 October 2014 (MDT)

I don't know precisely (and even sometimes not at all) most of each episode's subject. But about Ep. 10/S. 12, I was surprised by some omitted details as I was very interested by the crash in 2010 and have follow the official report.
Probably in order to keep the story easy for the common people, they don't say that the crash occured on the third trial approach. Most surprising, nothing is said about the other polish flight (PLF 031 flight, a Yak 40) which had landed minutes before and which had radioed directly to the presidential aircraft on the unfavorable weather conditions.
LVCDC 09:07, 12 December 2014 (MST)

Air France didn't use the 767 a long time. These planes came from UTA's subsidiary Aéromaritime fleet when the merge with Air France was done. The AF livery had non usual grey stripe on the fuselage, that we don't see here, and the Logo AIR FRANCE was sharper than on this one. Sixcyl 14:59, 19 January 2015 (MST)

Thanks for your sharp eye ! It was just an hypothesis as I've worked with an old VHS copy of poor quality. I suppose airliners in the background could be identified, at least their company owners on a better screenshot ... LVCDC 10:06, 20 January 2015 (MST)

Three pictures are seen on the wall behind the investigator. They are drawings used during the sixties as boxart on these Renwal model kits : 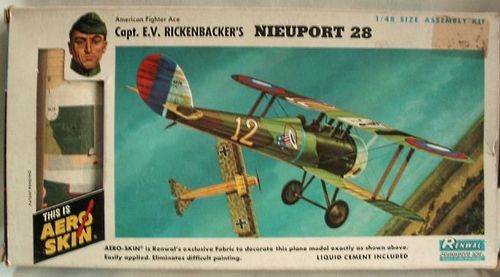 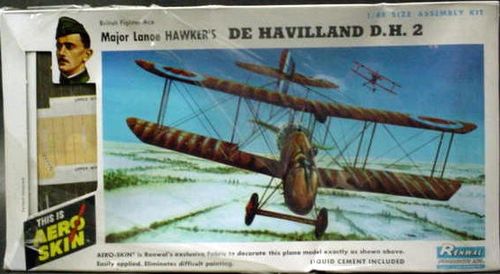 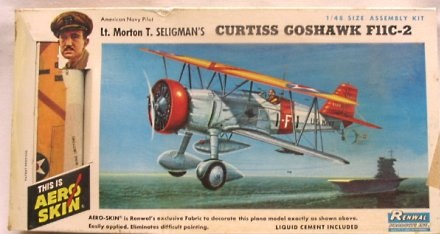 Where are these pictures?

Relax ! As you probably noticed, since end of March, I'm very busy and work for IMPDB only few minutes a day, instead several hours before. This mean that I need two or three sessions to put online a full work. I know that Dver, otkrytaya v nebo is still "on the workbench" (I need attention to identify the several Tu-144 before uploading them) but usually when I started something, I put an end before starting a new project. Of course, Wings of Russia is a big exception if we consider how rich it is ! LVCDC 05:18, 15 May 2015 (MDT)

If we have a policy of naming pages with the original title of the production, shouldn't this be renamed to Mayday? It was originally produced and aired in Canada with this title. Corkeyandpals 16:16, 13 June 2015 (MDT)

Future of this Project (Splitting)

I've already tested out splitting this page up on the backup site (https://impdb.wikia.com/wiki/Mayday), we could probably copy over those pages and save ourselves a lot of work if you're okay with the format. Corkeyandpals (talk) 01:19, 26 October 2018 (MDT)

Existing data are now split on each Season's page. This Mother Page will be soon modified to link directly each online episode with the right page and place. LVCDC (talk) 16:33, 8 December 2018 (MST)