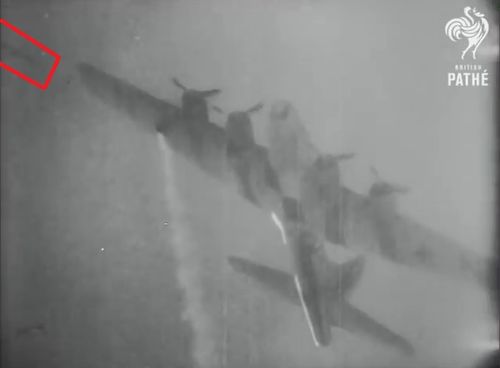 As you can see it, the movie is using a footage with a narrow angle to avoid the Nike missile (in the red square, we just guess its head).
On the website of the White Sands Missile Range Museum, we learn that it's one of 23 QB-17 knocked by the Nike/Ajax during trials between 1952 and 1954.
Another video (flipped) with the full missile in the red circle. 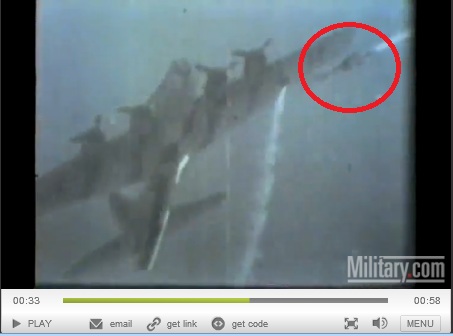