The Cessna 185 used in the filming of the Transporter was written off in an accident on October 8, 2005. According to a french report on the accident the aircraft ran out of fuel on what was to be the final touch and go of several that were performed. It is pictured below. 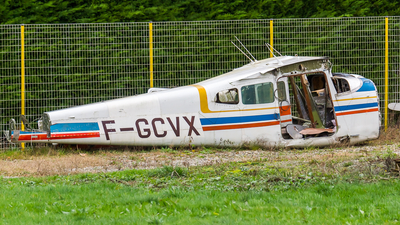 The remnants of F-GCVX sitting at Laval airport in France (LFOV) on December 18, 2014. Photo credit to Maxence GRAF - Aeronantes Spotters