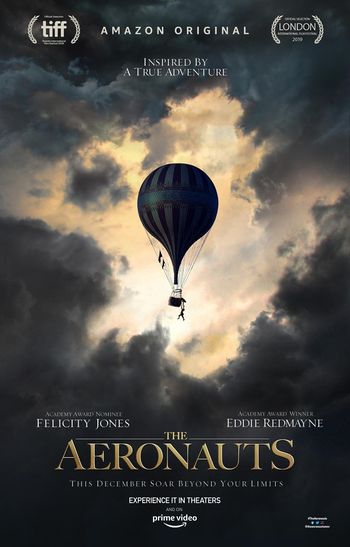 Loosely based on the 5 September 1862 flight of British aeronauts James Glaisher and Henry Coxwell but Coxwell has been replaced by Amelia, a fictional character. Of course, the critical part of the flight led to excessive dramatization but the loss of consciouness of the heroes is real.

Since the Montgolfier brothers flight, flying was a highly popular idea that led to the marketing of a wide variety of balloon-related products and souvenirs, mostly engravings and plates, here symbolized by these paper (?) models.

The historical flight that achieved a record altitude was done with a coal gas-filled balloon. 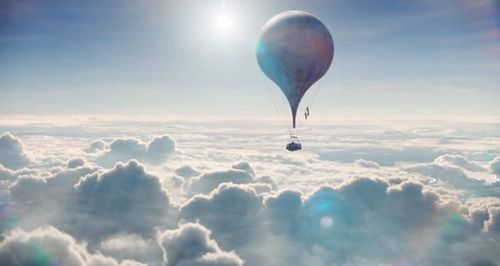