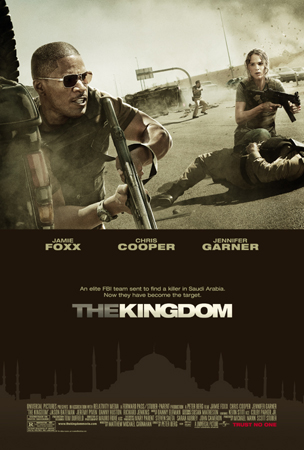 Movie Poster for The Kingdom.


When a terrorist attack in a U.S. compound in Saudi Arabia kills over a hundred people, a special U.S. FBI task force forces their way into the investigation. When on the ground in Saudi Arabia they find their usefulness limited by politics, but eventually form a close allegiance with members of the Saudi State Police, eventually tracking down those linked to the bombings and ultimately the attack mastermind.

Aircraft of the former airline Saudia. The first one is a -300, distinguished by the emergency exit door, with a -200 model behind. A couple of Lockheed L-1011 TriStar's can also be seen.

Although in the same sequence as the the 737 above, the engines and tailcone are different. Could be a NG 737 or A320 family. 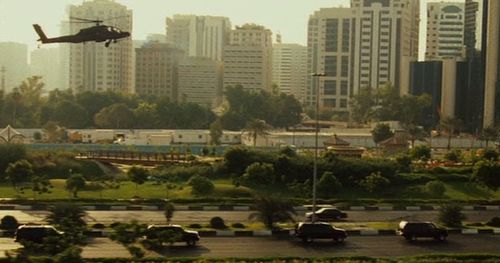 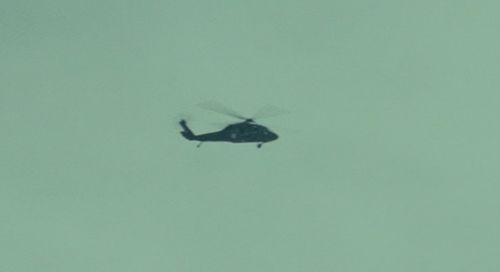 On the left is the Boeing 737-200 as above. In the background is a Grumman Gulfstream II and in in the front is a Beechcraft Super King Air.