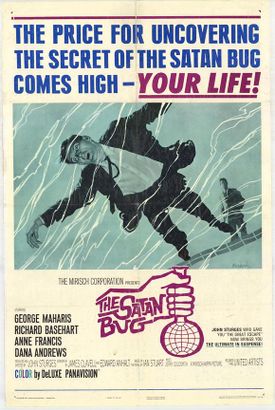 Station 3, an American germ warfare lab has created the deadliest virus in the history of mankind. Called the Satan Bug, it has a mortality rate of 100% and if unleashed could kill the entire population of the world in mere months. When thieves steal the only known sample of the Satan Bug, as well as an experimental strain of botulinus, Lee Barrett is tasked with tracking them down and recovering the viruses before they're used.

Agent Reagan arrives at Station 3 in this helicopter. 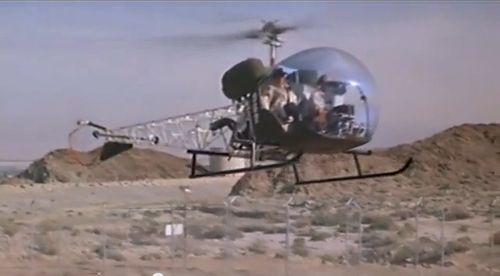 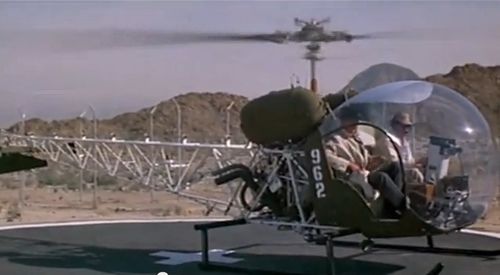 Army helicopter which flies Barrett, Michaelson and Cavanaugh to Station 3. 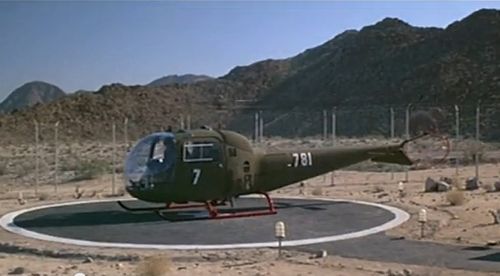 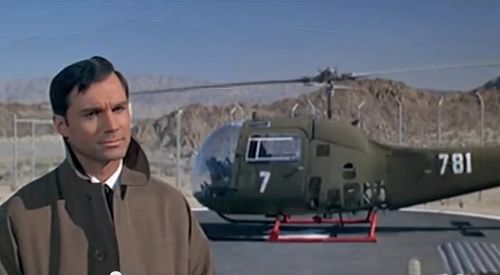 Ainsley's helicopter is a red 47J-2 Ranger, Reg. N73202, Serial 1850, also seen in other movies at IMPDb: Frequently Seen Aircraft. It appears to be the same helicopter above repainted. Barrett takes it over midflight, throwing the pilot out, and recovers the flask of the Satan Bug, before Ainsley jumps out to his death. 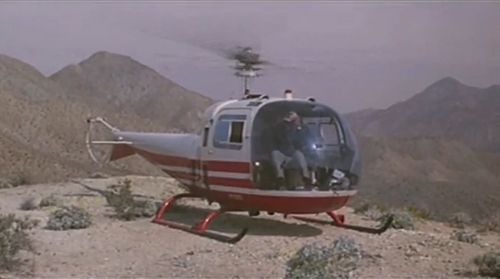 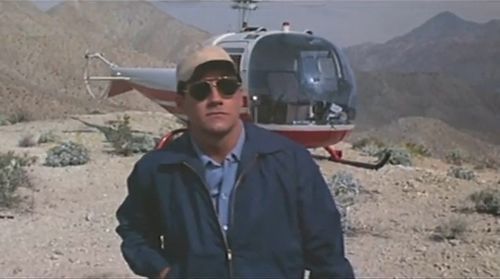 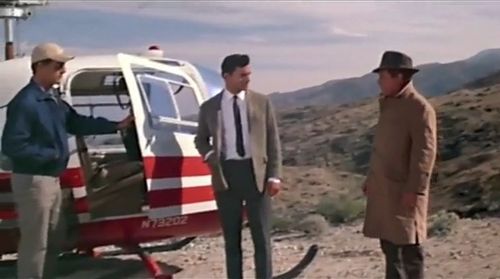 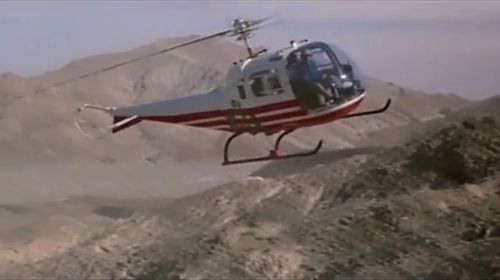