Difference between revisions of "Underworld: Awakening" 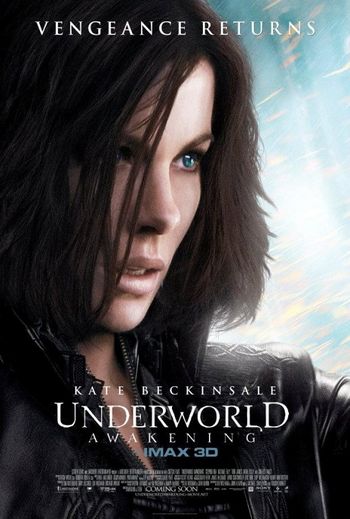 
A few time after Selene and Michael (Scott Speedman) killed Marcus (Tony Curren), mankind discovers the vampires and lycans and starts to hunt them down with Selene getting caught. After twelve years she awakes from coma to find herself trapped in a refrigerator, from which she is able to flee. Outside, she meets her daughter Eve. With the help of an other vampire, David, Selene and Eve are able to find a hiding place. But when the lycans kidnaps her daughter, she has to get back from where she has fled.

Seen during a news broadcast about the hunt for vampires and lycans.