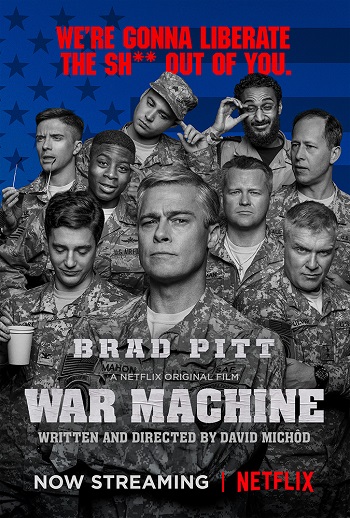 An idiosyncratic general confronts opposition from enemies, allies, and bureaucrats while leading a massive rebuild operation in Afghanistan.

Registration ZA150, c/n 885 built in 1970. Now owned by the Brooklands Museum and on display at Dunsfold Aerodrome.

CGI model with many more windows than the actual aircraft has.

Meant to be the C-37B listed above but the window shapes don't match. Possibly a set rather than an actual aircraft.

Registration G-BDXJ, c/n 21831/440 built in 1980.
Same aircraft in other works at IMPDb: Frequently Seen Aircraft (Civil Fixed-Wing).
Dunsfold Aerodrome's famous 747 was digitally reskinned as Air Force One for this scene, though its "7P" wheel well mark can still be seen.