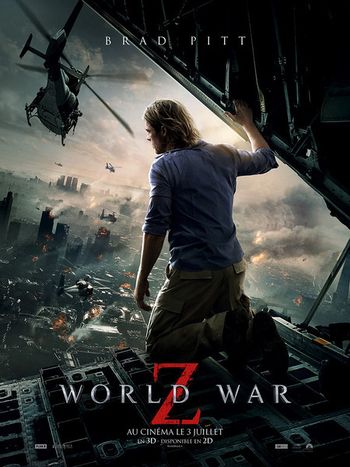 United Nations employee Gerry Lane traverses the world in a race against time to stop the zombie pandemic that is toppling armies and governments, and threatening to destroy humanity itself.

Boarding fictitious U.S.S. Argus (in fact, the last American naval vessel with that name was the cruiser of 1803). Ship is actually the RFA Argus (A135) of the Royal Fleet Auxiliary.

Aboard U.N. command vessel Argus during the situation briefing, several news are seen in the background including this ATR-42 of FedEx Express (ATR 42-320 reg. N902FX on January 27, 2009 operating as Empire Airlines flight 8284).

Occasionally used as footage of the An-12.

Continuity error just after the takeoff from the carrier vessel.

The cockpit action just before landing in Israel is shot inside an old Lockheed C-130 Hercules (without any glass).
And seen in the ending montage.

Registration WT483, c/n 71438 built in 1955 (bottom left corner).
On display at Malta International Airport (MLA/LMML), which stood in for Atarot / Jerusalem Airport in the film. 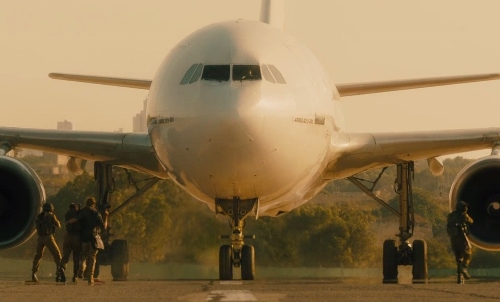