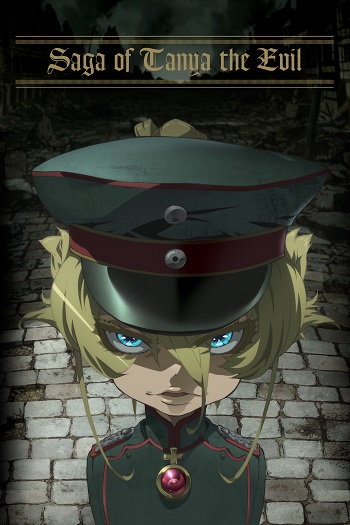 A girl with blond hair, blue eyes, and porcelain skin fights on the front lines of a brutal war and climbs the ranks of the Imperial Army. 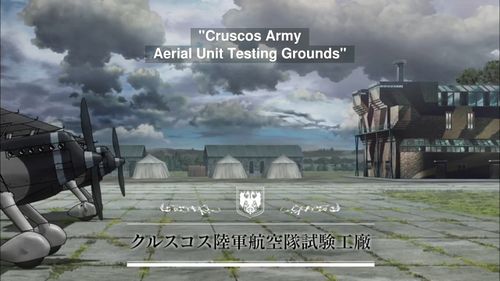 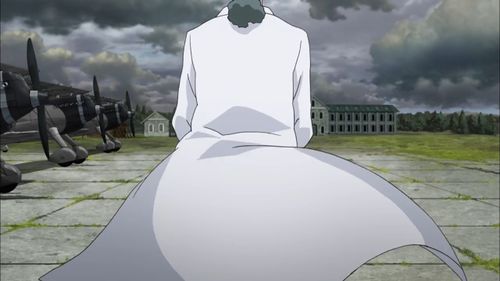 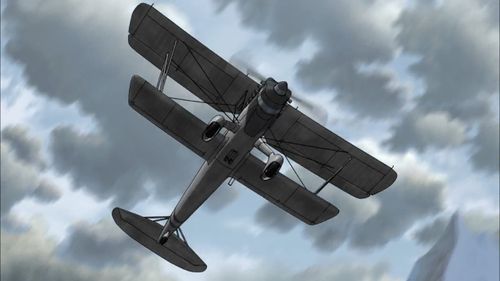 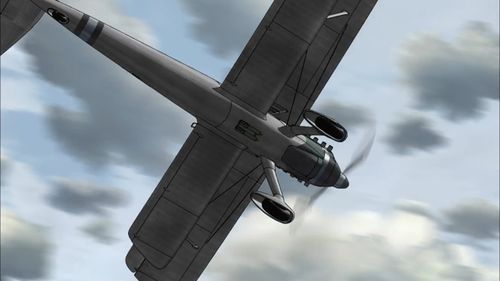 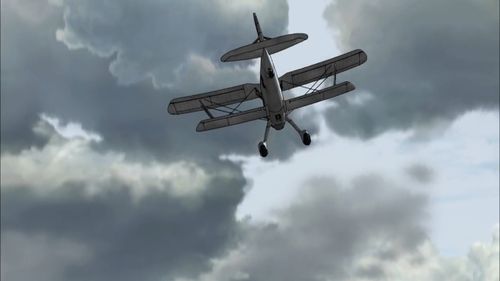 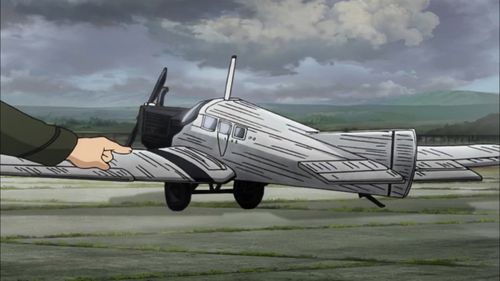 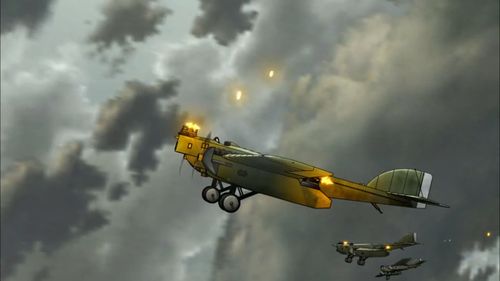 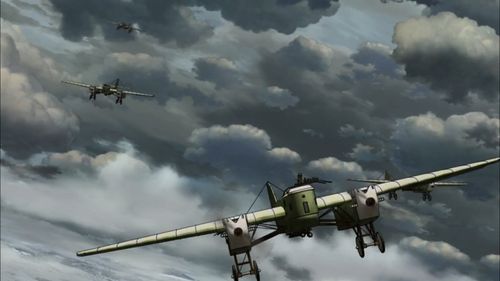 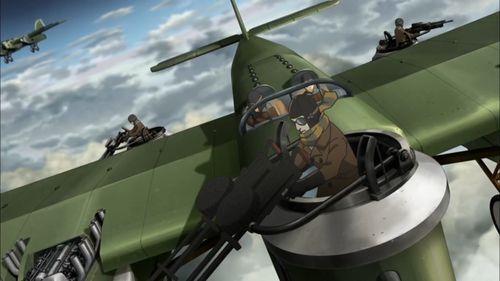 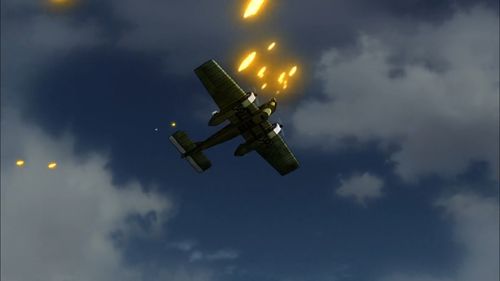 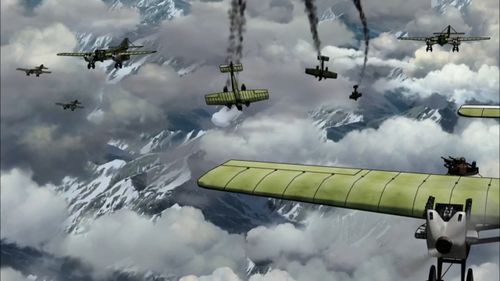 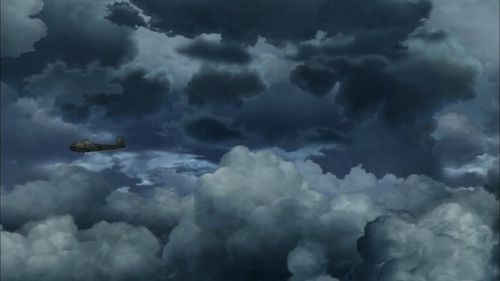 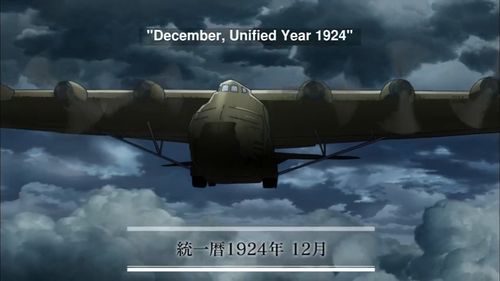 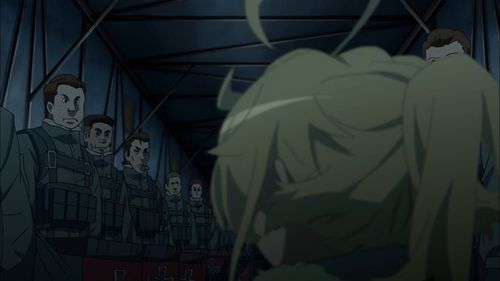 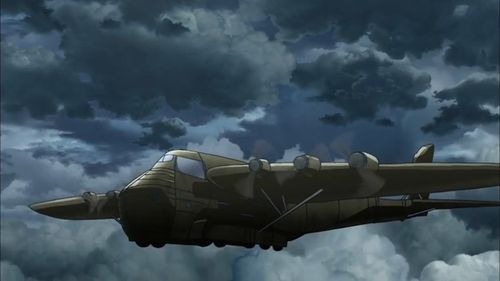 The Me 323 had a high wing, not such shoulder wing (upper midwing). 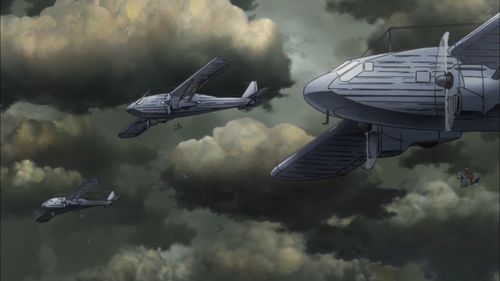 Ep. 1.09 Preparations for Advance
Note that the actual V-1 had a single Argus As 109-014 pulsejet.
Such a configuration as seen in the show, with five engines, would imbalance the machine and make it unable to fly. 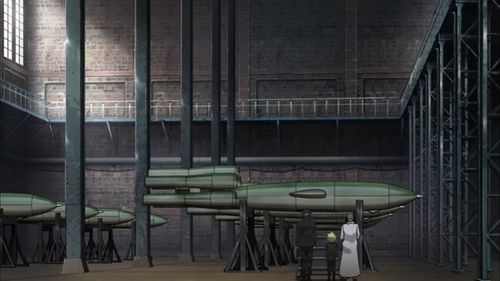 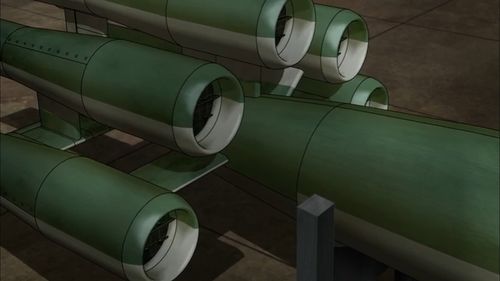 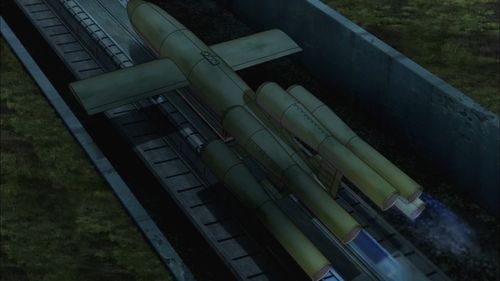 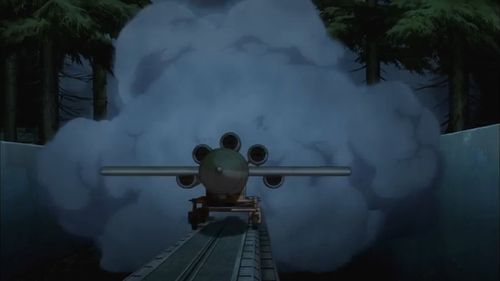 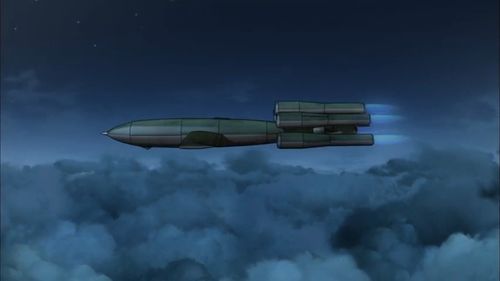