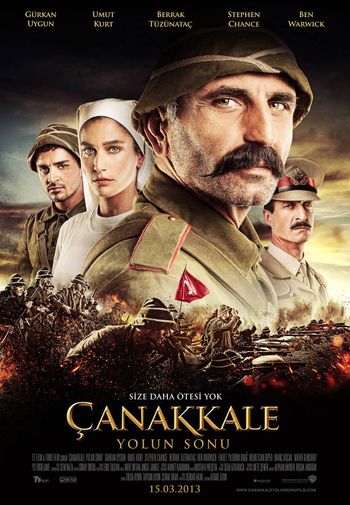 British Aircraft dropping a bomb.
Perhaps a Martinsyde G.100 "Elephant" but the type didn't flew in Turkish skies, reaching the frontline only on Spring 1916 once the Galliponi Campaign was over.