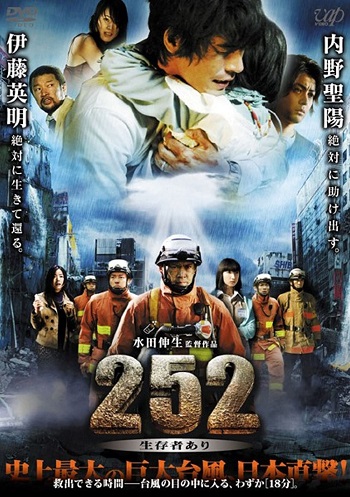 A massive earthquake strikes off mainland Japan causing the temperature of the Pacific Ocean to rise meteorically, leading to a massive storm hitting Tokyo and for it to be inundated with water. Later the largest typhoon in recorded Japanese history hits Tokyo. The Tokyo Fire Department and its team of crack rescuers swing into action, and shortly after they do, a distress call arises from an underground subway station - with repeated indications of the rescue code, 252 252, and the exclamation "We Have Survivors." It soon becomes apparent that the local rescue squad must attempt to save the survivors, doing so at the expense of their own lives and safety.

Most likely either JA6720 or JA119B of the Tokyo Fire Department (Tokyo Shōbōchō). 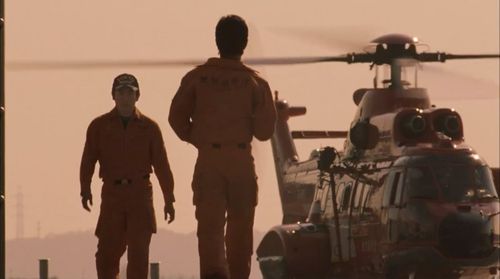 Helis of the Tokyo Fire Department (Tokyo Shōbōchō).
AS332L1 Super Puma behind in the hangar. 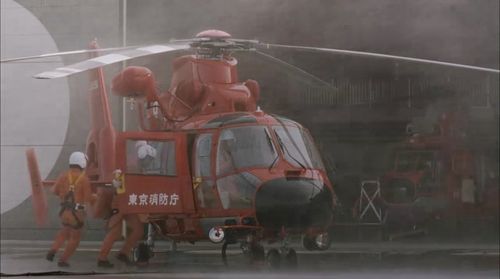 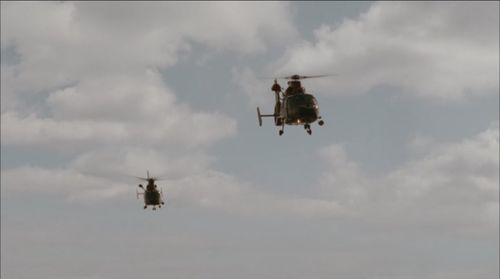 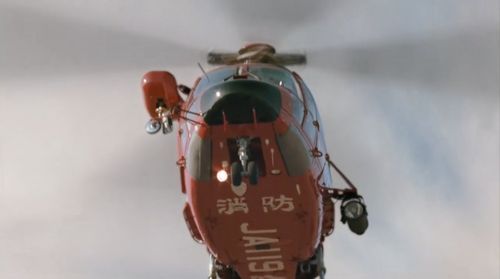 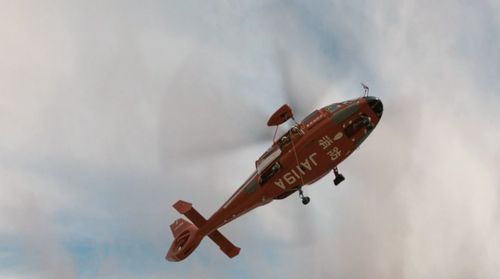 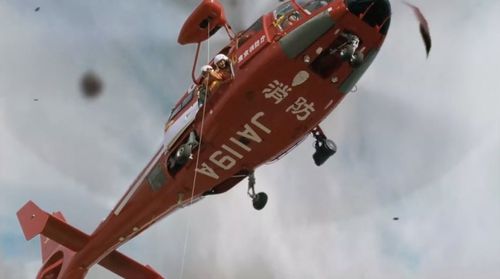