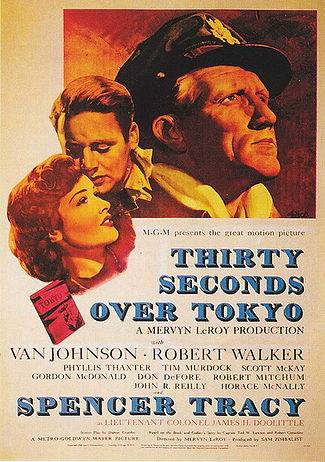 
In the wake of Pearl Harbor, a young lieutenant leaves his expectant wife to volunteer for a secret bombing mission which will take the war to the Japanese homeland.

A desk model in the background. 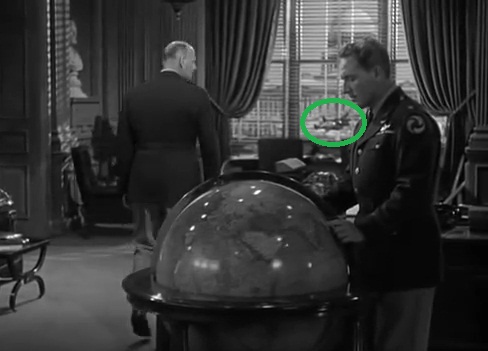 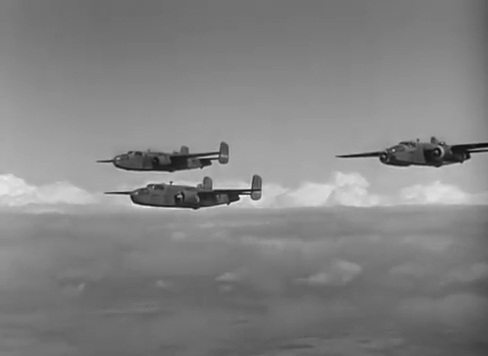 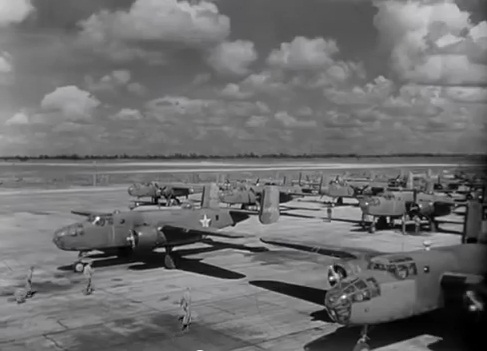 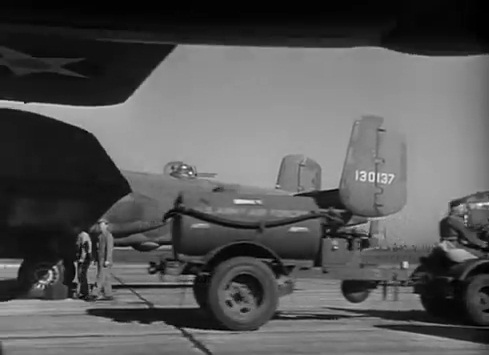 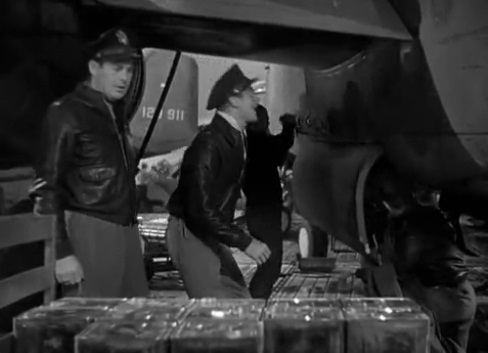 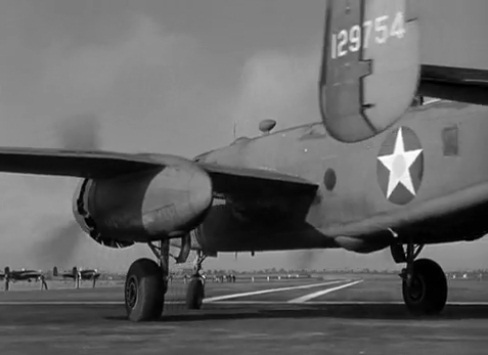 Probably a Douglas SBD Dauntless behind the sailor's head at left. 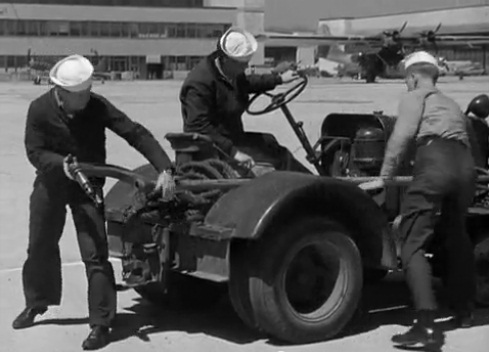 At left; with probably a Douglas SBD Dauntless on the right. 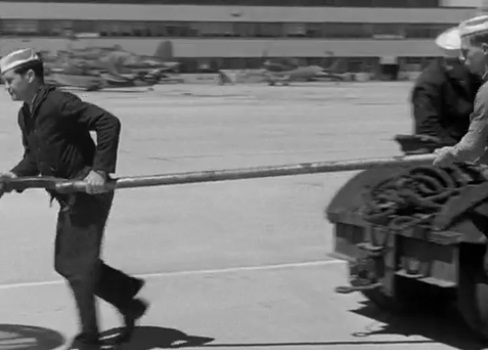 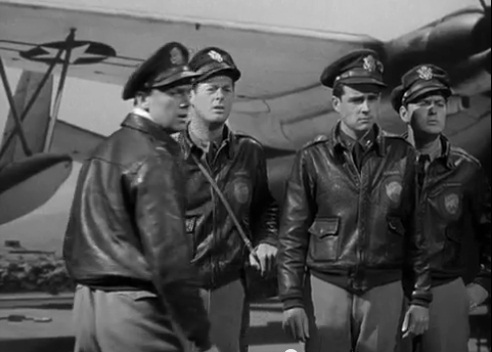 Several archive footages are mixed with movie shots.
During the take-off from the USS Hornet (CV-8), we see The Avenger of Lt. Edgar E. McElroy, s/n 40-2247. 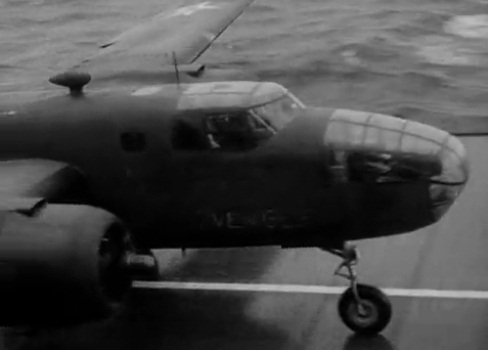 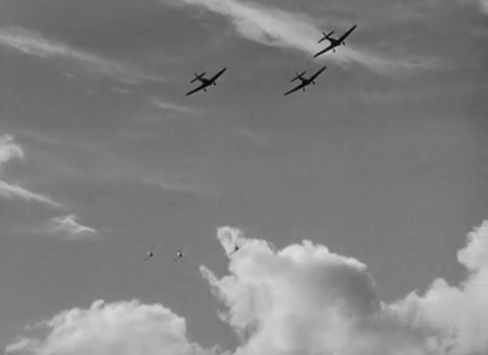 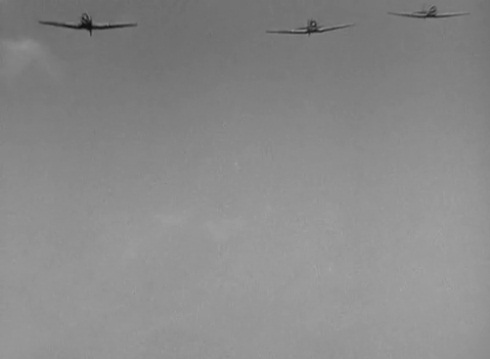 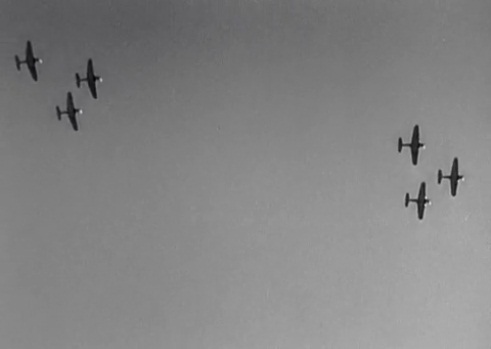 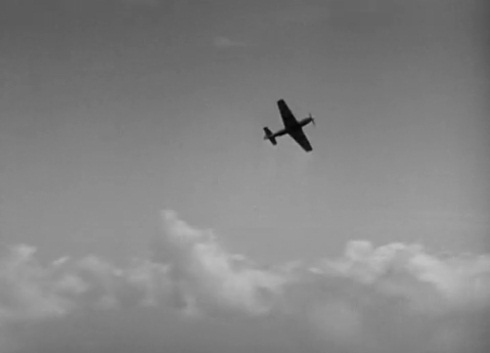 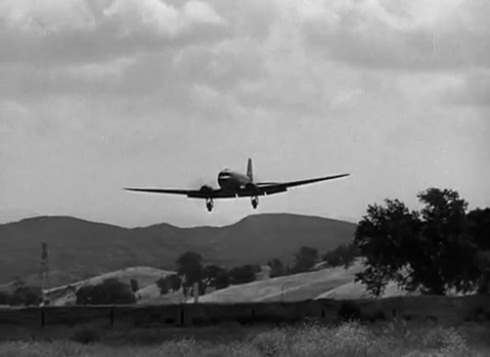 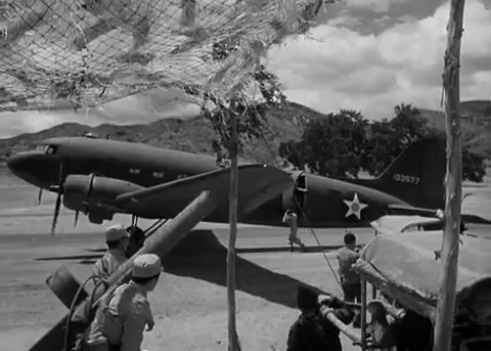