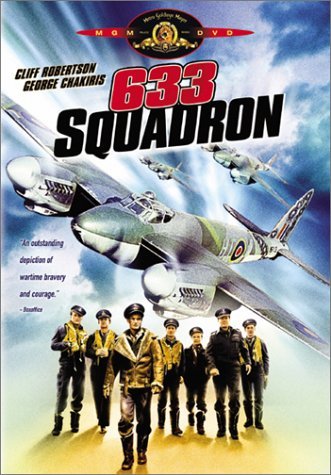 When Norwegian resistance leader Lieutenant Erik Bergman reports the location of a German V-2 rocket fuel plant, the Royal Air Force's 633 Squadron is assigned the mission to destroy it.

The plant is in a seemingly-impregnable location beneath an overhanging cliff at the end of a long, narrow fjord lined with anti-aircraft guns. The only way to destroy the plant is by collapsing the cliff on top of it, a job for 633 Squadron's fast and manoeuvrable de Havilland Mosquitos. 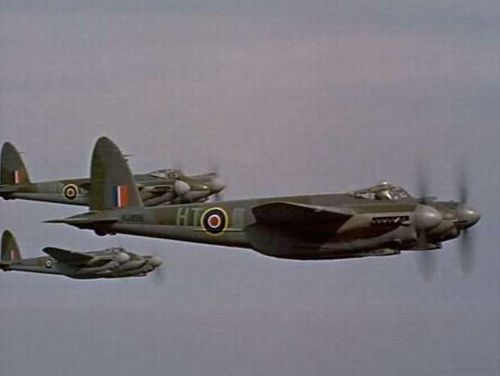 De Havilland Mosquito, at least six examples seen in the movie. Three in flying condition, some used for static or taxiing scenes and one destroyed in a airfield crash and explosion. 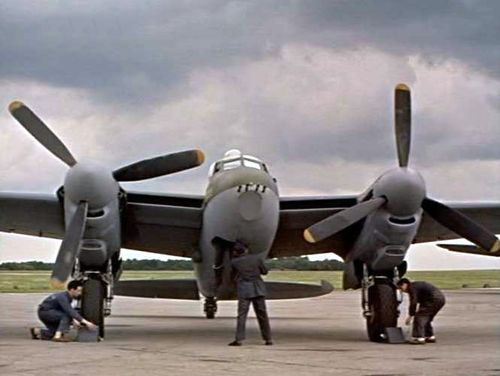 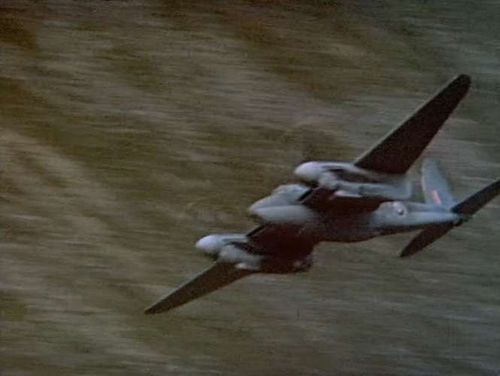 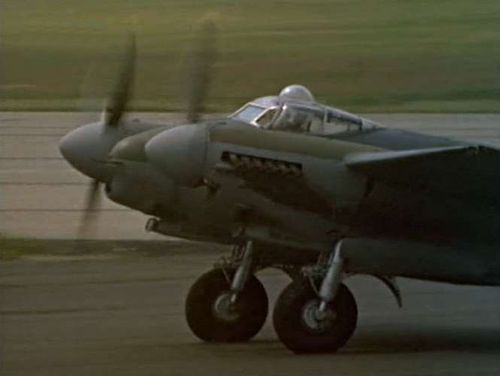 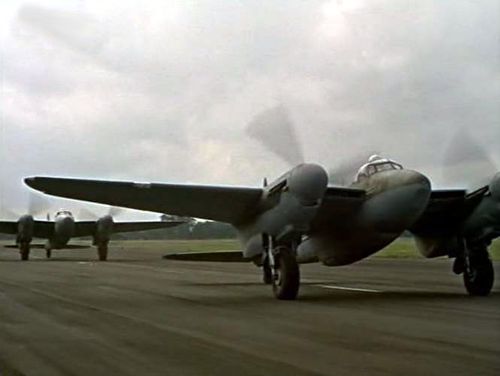 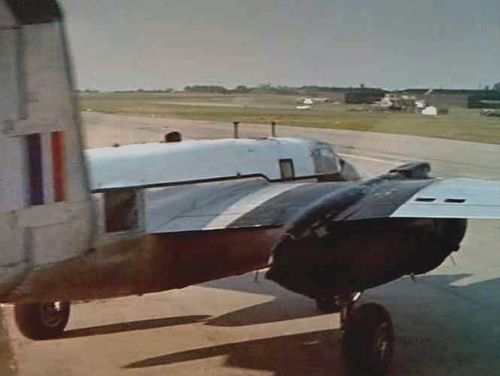 When filmed the plane was in use in a peace-time role, possibly in RAF Transport Command by the white upper fuselage. 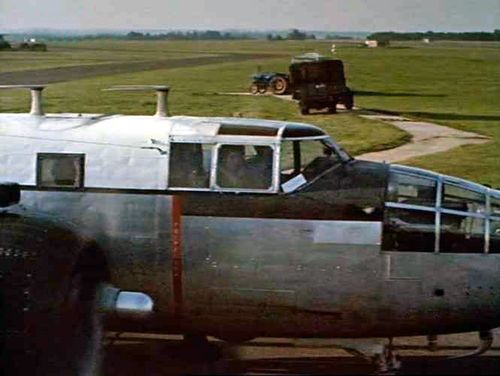 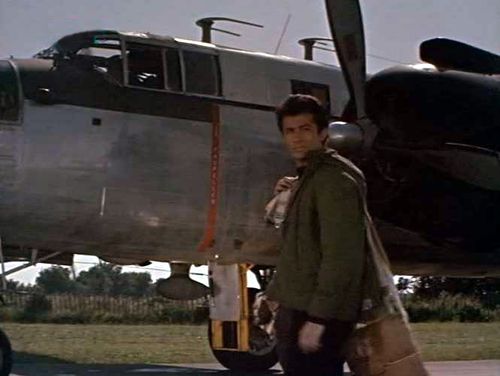 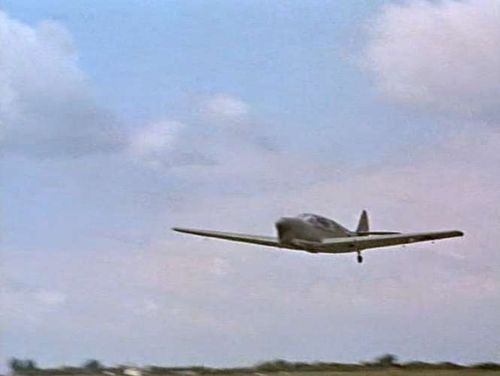 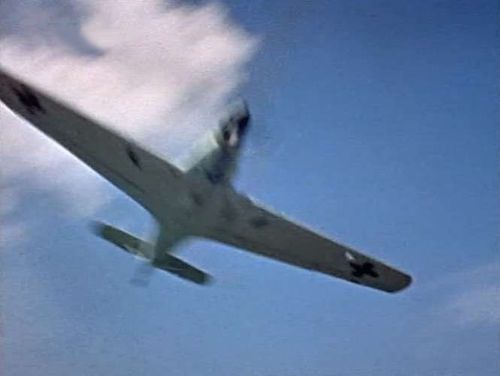 A 'night-time' scene, the picture has been lightened to improve the visible detail.