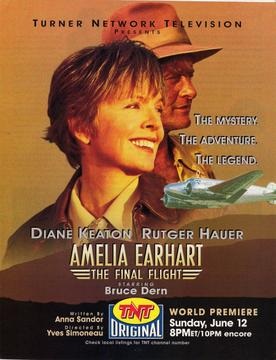 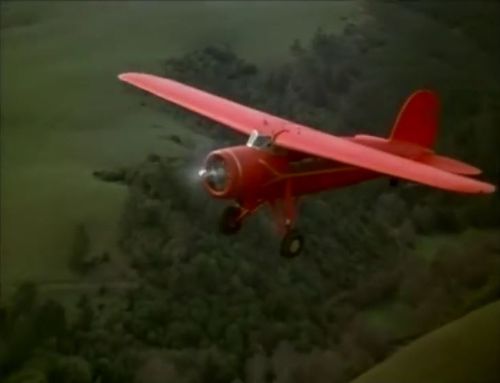 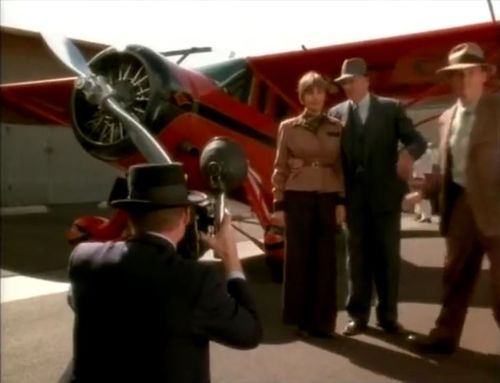 Archive footage but no evidence this is or not the record breaker used by Amelia Earhart in 1931. 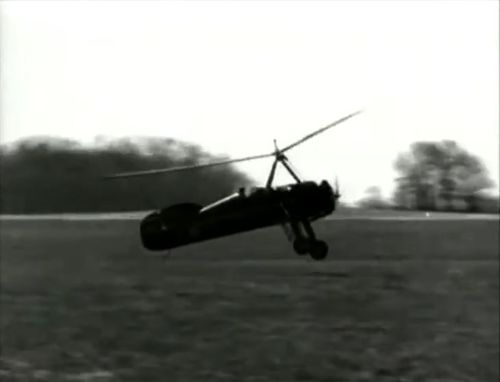 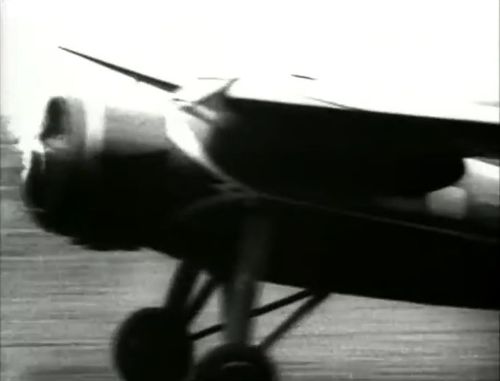 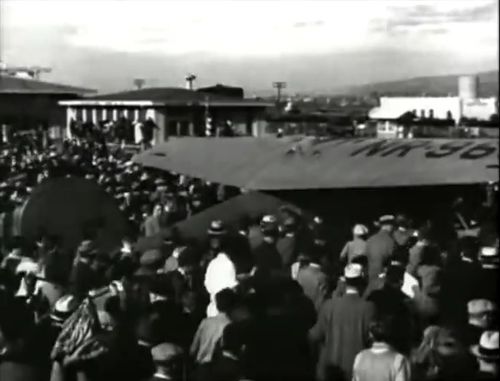 Blueprint of the Lockheed Model 10 Electra. Note the V-shape of the windshield. 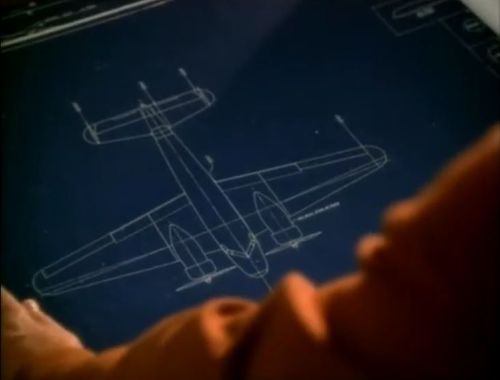 Acting as Amelia Earhart's NR16020 Lockheed L-10E Electra, two Beechcraft Model 18s were shot.
One was a clunker used only for cockpit scenes, for some ground action and eventually crashed (the famous flight called off at Luke Field on March 20, 1937 which put an end to the first attempt to circumnavigate the globe).
Some work was done to be closest the real Lockheed L-10 Electra. During its modification, the aircraft had most of the cabin windows blanked out and had specially round RDF loop antenna fitted over the cockpit. 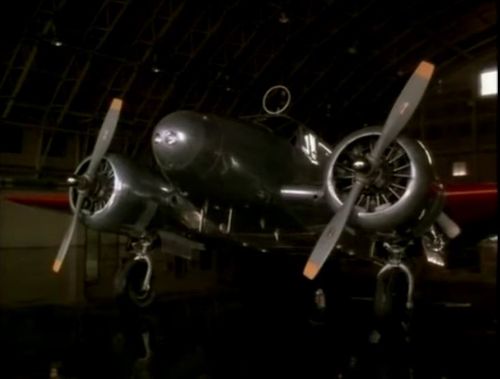 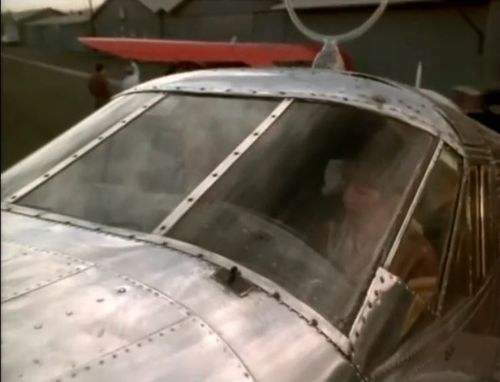 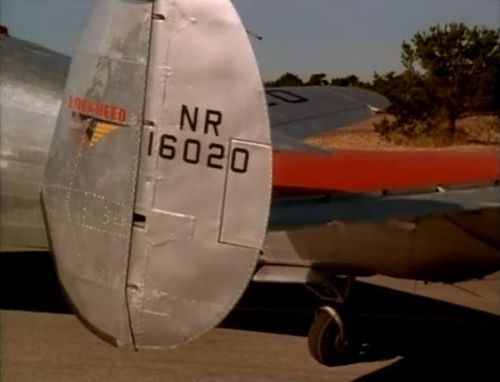 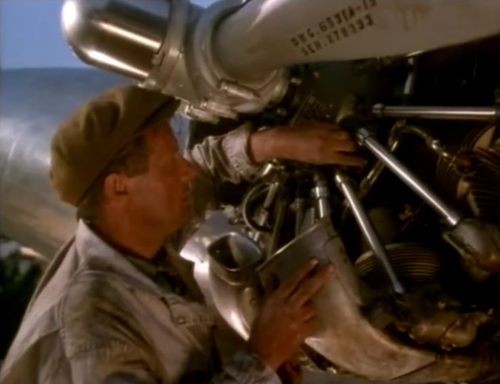 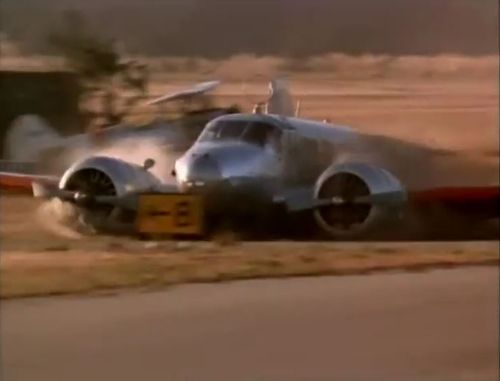 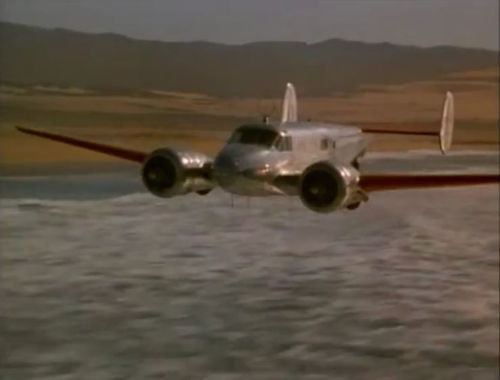 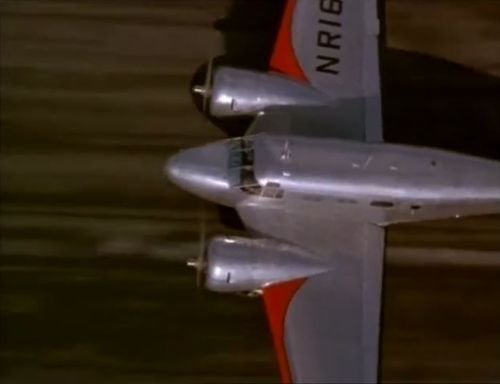 Compare the windshield with the blueprint of the Electra.

In Amelia, the use of an L-12 allows to have the windshield in V but the landing gear does not correspond to the real L-10. Here, it is the opposite! 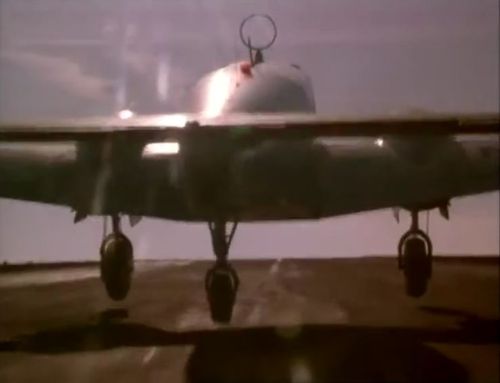 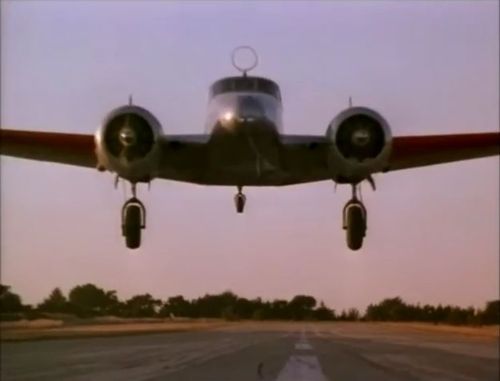 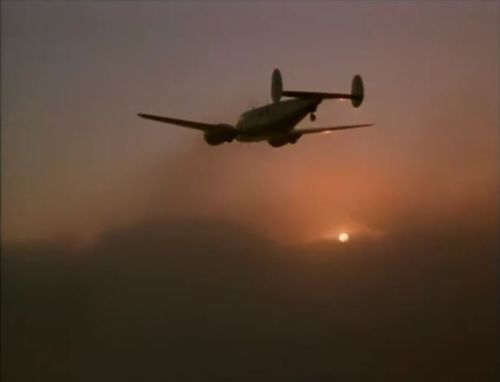 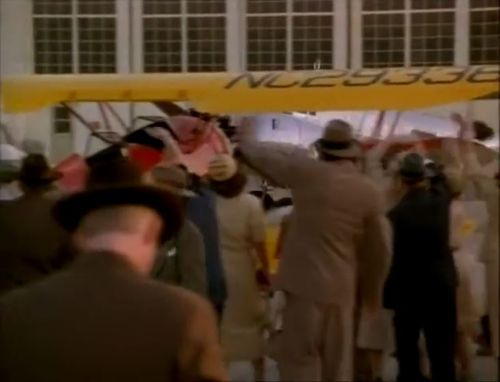 Throughout the film, several planes appear in the background often from different angles.
The poor quality of the print, the many shots taken against the light or at sunset make identification difficult.
Section waiting for HD screen captures to specify the airframes used, or even the type of aircraft! 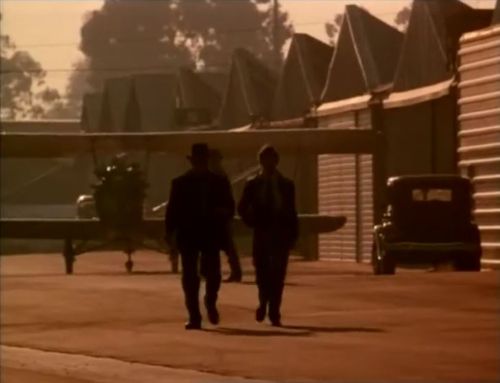 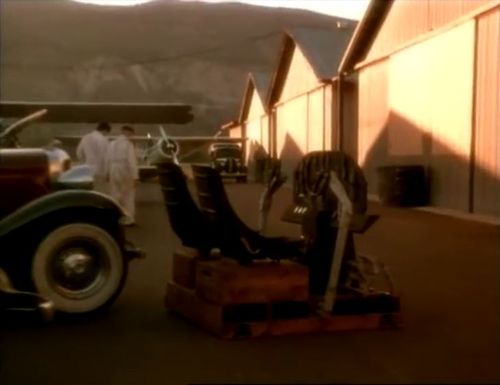 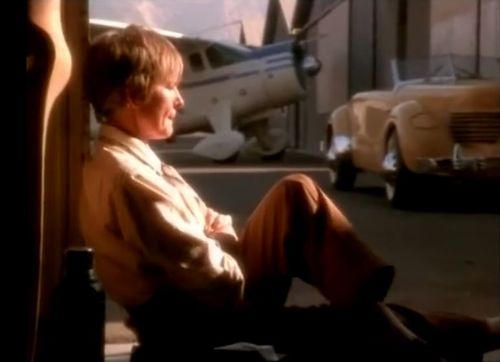 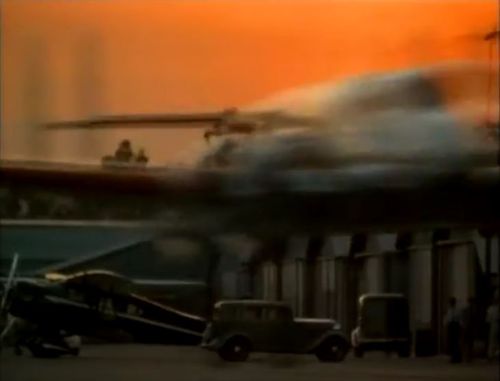 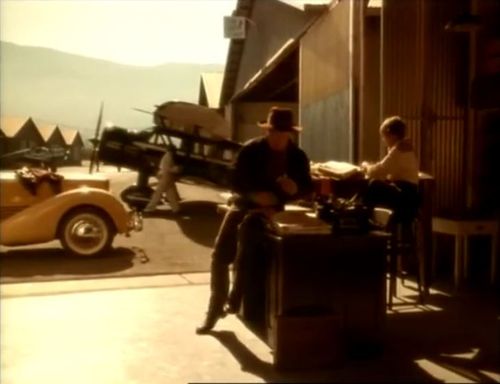 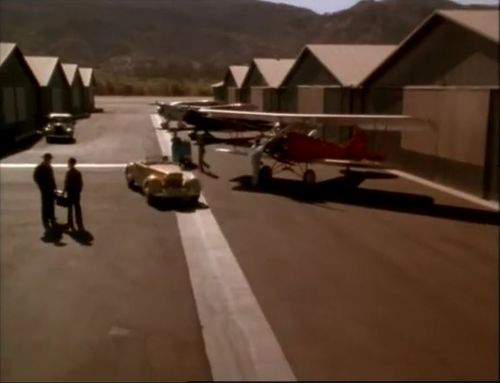 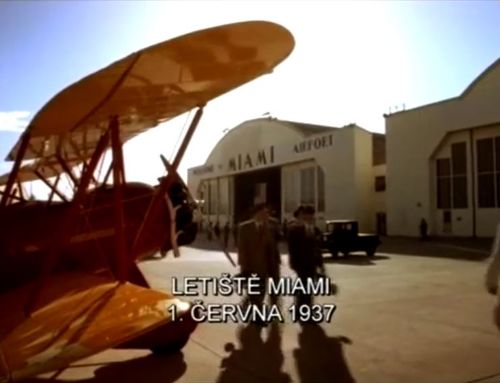 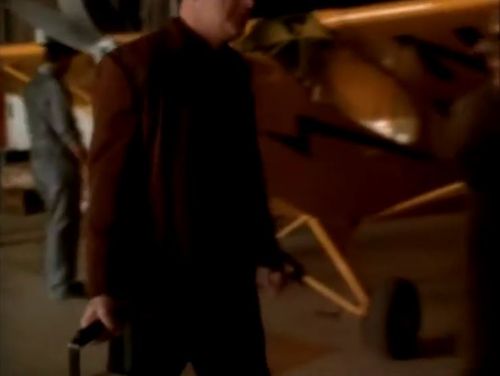