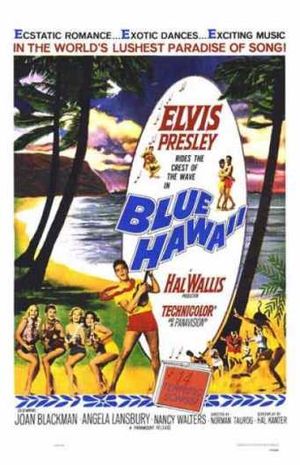 Chad Gates has just got out of the Army, and is happy to be back in Hawaii with his surf-board, his beach buddies, and his girlfriend. His father wants him to go to work at the Great Southern Hawaiian Fruit Company, but Chad is reluctant. So Chad goes to work as a tour guide at his girlfriend's agency.

As US location film, this is the American built Fairchild version of the Fokker F-27 Friendship (version of Fokker F.27-100). Airline company is ALOHA, one of the earliest US operators of the type. West Coast Airlines was the first in the world to operate a scheduled F-27 flight). I believe the airport is Lihue airport, Kauai (LIH/PHLI).

This is the old Honolulu International Airport (HNL/PHNL) terminal along Lagoon Drive, across the field from the current terminal.