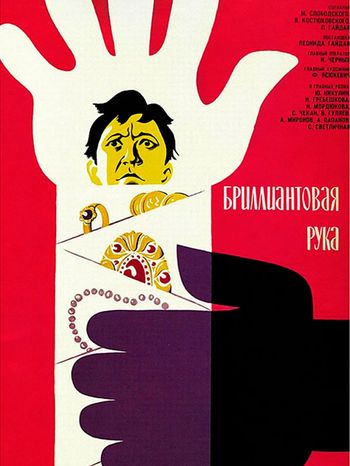 
An ordinary Soviet citizen Semyon Gorbunkov accidentally intervenes into an operation of international criminal group that smuggles jewelry. He now has to cooperate with police, which uses him as a bait to get the gang arrested.

Military transport version shows up to save Semyon Semyonovich when he is kidnapped by smugglers.

An-10 seen briefly at the end of the movie, taking off from Sochi airport.