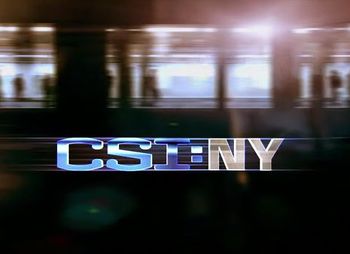 A team of specialist New York Detectives, known as CSIs or Crime Scene Investigators, use science to investigate and solve murders and serious crimes in New York City. 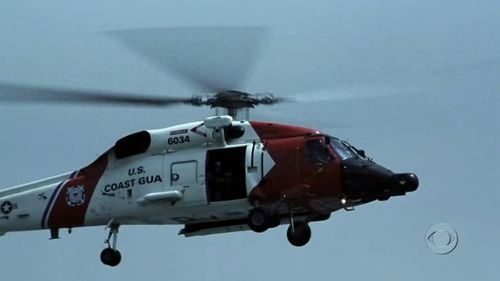 Ep. 11.
A construction worker is found dead after being hit by frozen sanitary waste from a plane. 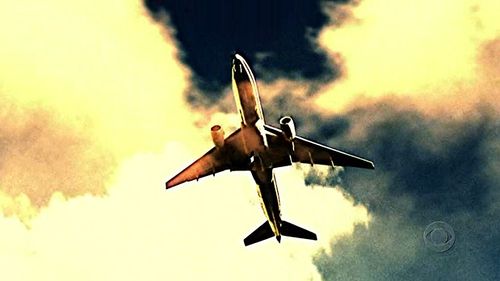 This medical transport helicopter is hijacked in order to steel the donor organ. Registration N114MX, serial 1747. 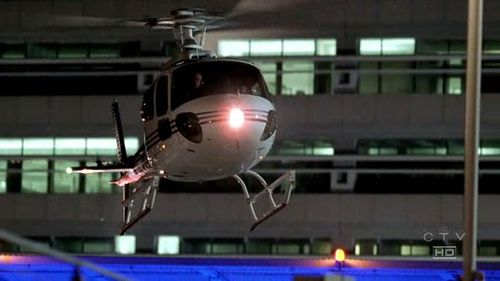 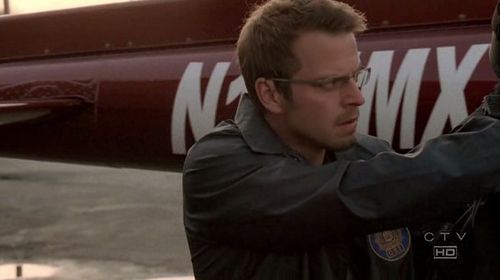 Various aircraft shown on static display at the Intrepid Sea-Air-Space Museum in New York.
On the left at the front is a General Dynamics F-16A Fighting Falcon. From the front on the right: North American FJ-3 Fury, Grumman F11F-1 Tiger (F-11A), McDonnell F3H-2N Demon (F-3C) and hiding behind it a McDonnell Douglas F-4N Phantom II. Following on with the Grumman A-6 Intruder (with folded wings), Grumman F-14D Super Tomcat, Lockheed A-12 Blackbird and Hawker Siddeley AV-8C Harrier. 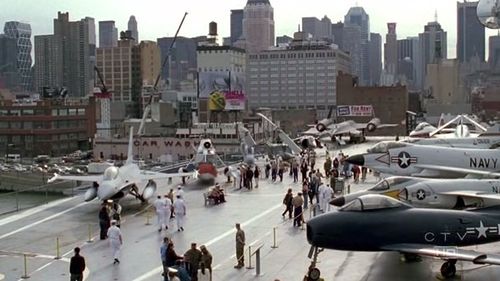 The helicopters on the left above and also partially seen below are: Sikorsky HH-52A Seaguard, a Bell AH-1J Super Cobra and Bell UH-1A Iroquois. 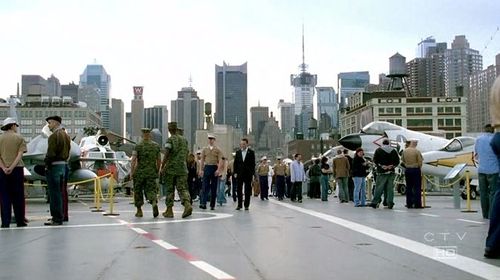 Ep. 5.25
Registration N7264U, c/n 21411/1346 built in 1978 for United. Based at Ontario International Airport (ONT/KONT) in California, where this was most likely filmed.
Same aircraft in other works at IMPDb: Frequently Seen Aircraft (Civil Fixed-Wing). 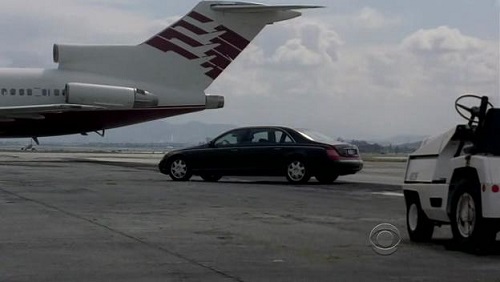 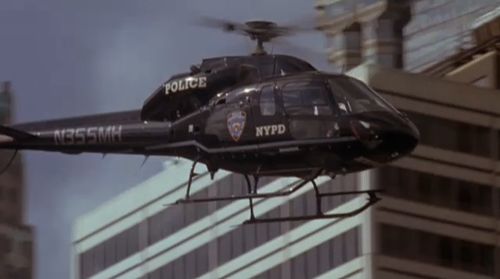 Ep. 7.22
The red helicopter on the heliport. The blue one is another AS355 TwinStar. At Downtown Manhattan Heliport. 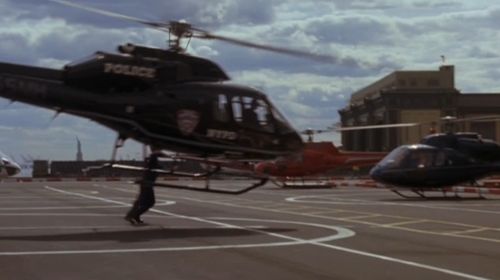 Ep. 7.22
In the far background. At Downtown Manhattan Heliport. 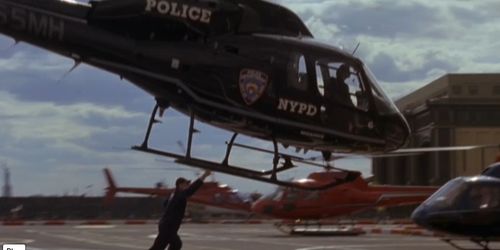