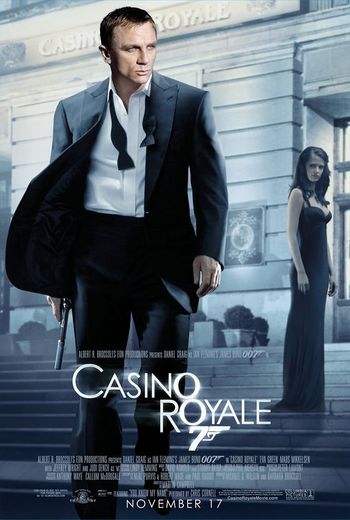 The terrorist banker Le Chiffre loses a lot of money of his clients. To get this money back, he has to win at a high stakes poker game at Casino Royale in Montenegro. When MI6 comes behind his plan, Bond is sent to Montenegro to stop Le Chiffre. His backup is Vesper Lynd from the treasury, during the film he falls in love with her.

Fictionnal registration : N88892.
This 'prototype' is planned to be blown up by Dimitrios' men.
Based at Dunsfold Aerodrome (IATA: FAA / ICAO: EGTD), it is actually a modified ex-British Airways Boeing 747-200 G-BDXJ, using physical props and CGI.
Also seen in several other movies.See IMPDb: Frequently Seen Aircraft. 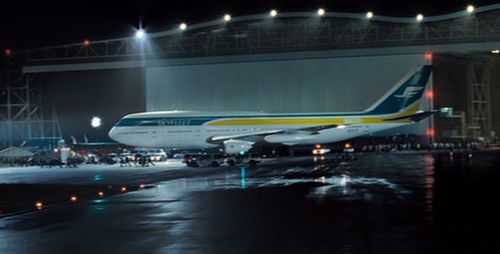 Supposed to be in Miami, the action was filmed in Praha Ruzyně / Prague Ruzyne airport (and that's why so many British registration and Czech airline). 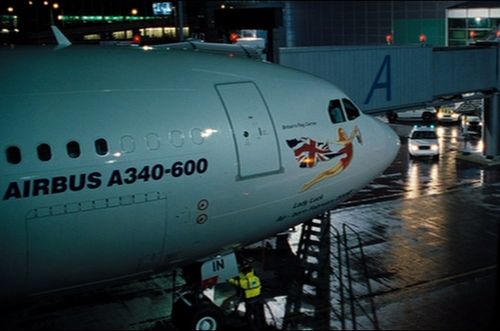 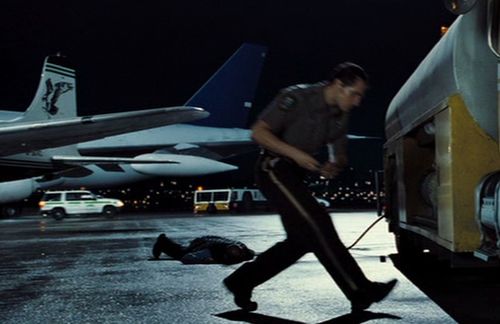