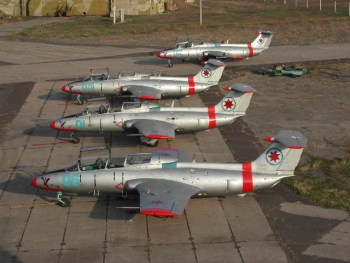 The L-29 Delfin was produced by the Czech company Aero Vodochody. This military jet trainer with a tandem cockpit became the standard trainer for the air forces of Warsaw Pact nations in the 1960s. It was widely exported to several Eastern Bloc air forces. It's still in use with a handfull air forces and is a popular civilian warbird.

This page lists all films that feature a variation of the Aero L-29 Delfin.