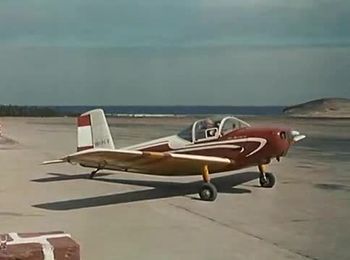 In 1951, the Spanish company Iberavia designed the I-11 and built two prototypes. This a two-seat side-by-side civil utility aircraft was minded with a fixed tricycle undercarriage and a large, bubble canopy. Eventually, production line started with a taildragger arrangement as I-11B variant. As Aeronáutica Industrial S.A. bought Iberavia a few month after the first airframes were sold, most of the more 400 aircraft built were known as AISA I-11B. This category covers the tandem variant named I-115 (or E.9 the Spanish Air Force for which it was in service from 1956 to 1976) and which production reached 200 airframes.