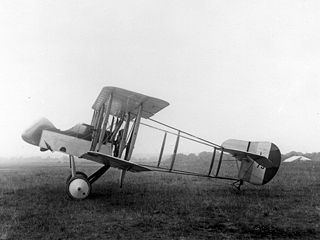 The Airco DH.2 was designed by Geoffrey de Havilland and built by Airco as a fighter of the single-seat biplane "pusher" aircraft formula. Used only by the Royal Flying Corps, it was mainly at the front line from february 1916 to june 1917 despite outclassed from september 1916. Sent to front out of Europe then in school during 1918, no one has survived the war.

This page lists all films that feature a variation of the Airco DH.2.