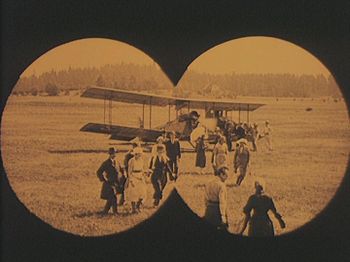 The Airco DH.6 was a British military trainer biplane used by the Royal Flying Corps during the First World War. Known by various nicknames, including the "Skyhook", the trainer became a widely used light civil aircraft in the postwar era. At least 2,282 DH.6s were built in the UK during the war, out of orders totalling about 3,000.

This page lists all films that feature the Airco DH.6.