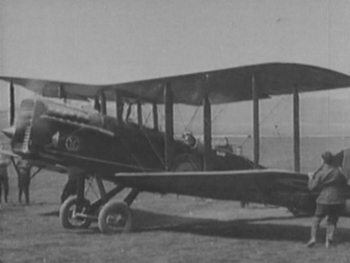 The Airco DH.9 (from de Havilland 9) - also known after 1920 as the de Havilland DH.9 - was a British bomber used in the First World War. A single-engined biplane, it was a development of Airco's earlier, highly successful DH.4 and was ordered in very large numbers for Britain's Royal Flying Corps and Royal Air Force. Its engine was unreliable, and failed to provide the expected power, giving the DH.9 poorer performance than the aircraft it was meant to replace, and resulting in heavy losses, particularly over the Western Front. The subsequently-developed DH.9A had a more powerful and reliable American Liberty L-12 engine. About 3000 DH.9 aircraft were produced and DH.9A reached nearly 2000 airframes. Neverless 2400 (?) Polikarpov R-1 and R-2, copies of DH.9A, have been built in Soviet Union.